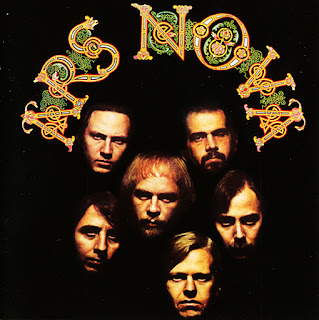 If you name your band “Ars Nova” you have to be: a) Serious Artists; b) Sarcastic reactionaries; c) Into psychedelic drugs; or d) Japanese. It’s Latin, for goodness sake, and means “New Art.” This particular manifestation, hailing from New England in the late 60s, is probably type a and possibly a bit of c. But in 1968, it was okay to be a Serious Artist, so Ars Nova ended up on Elektra with support to record an ambitious album of psychedelic rock.

Prominent use of trombone and trumpet set the band apart from the run of rock bands of their (or any) era. They also borrowed liberally from Classical music, either directly by adaptation or stylistically, using of guitar and organ parts reminiscent of eras from Baroque to Romantic. Badly done, such things could be disastrous, but in this case the result is almost universally successful. The Beatles had used trumpet (think “Penny Lane”) and here was a band with two trained brass players as members, and no need to hire outside musicians. In additional to the Classical shadings, there are elements of West Coast country rock and vaudevillian swagger, which makes for a unique whole. It holds together amazingly well due to the sophistication of the writing and imagination in the arrangements. Management and label difficulties left this outstanding album without the backing it deserved, and the band only recorded one other (with different personnel for a different label) before dispersing. Lovers of elaborate psych, don’t miss this one.
by Jon Davis

Ars Nova's first album was intermittently intriguing eclectic psychedelic rock with a slight classical influence, as well as some unusual instrumentation in the bass trombone of lead singer Jon Pierson and the trumpet and string bass of Bill Folwell. The songs --often linked by brief interludes -- are a mixed bag, though, that seem to indicate a confusion over direction, or a bit of a psychedelic throw-in-everything-but-the-kitchen-sink approach. There are haunting tunes with a folk-rock base and a faint Renaissance ballad melodic influence; jaunty narratives with a vaudevillian air that bear the mark of then-recent albums such as Sgt. Pepper's Lonely Hearts Club Band; and harder-rocking period psychedelic tracks with a bent for unpredictable bittersweet progressions and vocal harmonies.

It's unusual, and in some senses attractive. But to be less charitable, there's a sense of listening to a generic psychedelic band that sounds better than many such acts mostly by virtue of benefiting from Elektra's high-class production, here handled by Paul Rothchild of Doors fame. Put another way, the songs themselves aren't as good as their arrangements. "Fields of People," about the best of those songs, might be the most famous one here due to getting covered in an elongated treatment by the Move, who did a better job with it than Ars Nova. The 2004 CD reissue on Sundazed adds historical liner notes by Jon Pierson.
by Richie Unterberger 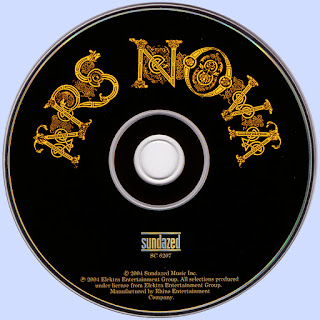 Free Text
the Free Text
Posted by Marios at 6:40 AM 2 comments: