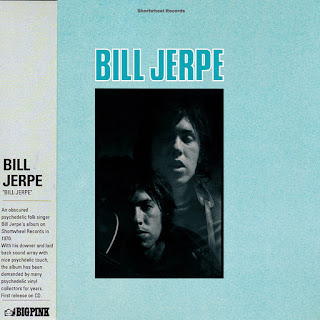 The legends surrounding a cult classic often outstrip the music’s realities. Perhaps an album remains a “Best Record You’ve Never Heard” mainstay simply because it’s rare, a collector’s way of flexing muscle. A less cynical take understands that the truth can’t compete with decades of word-of-mouth hyperbole or the expectations we’ve created as we cultivate our want lists. Or perhaps we perpetually covet because we want to do the impossible, to relive the formative experiences of first encountering our desert island picks. Fortunately, there are holy grails like Bill Jerpe’s long-obscure self-titled release, recently reissued by Soft Estate Records, that justify the mythology.
Early in his career, Jerpe, a Mid-Hudson Valley singer-songwriter, signed with Epic Records, one of the countless “Next Bob Dylan” hopefuls plucked from the mid-1960s Greenwich Village folk scene. Jerpe’s jittery, fussy cuts, including the single “Navigation Blues”, are hootenanny appropriate: socially conscious, informed, wry, playful, if not a bit cocky. Yet they did not garner him mainstream attention, and Epic cut ties with Jerpe. Yes, the same hard rain that befell a thousand other would-be Zimmermans.
By 1969, Jerpe, by then considered an “elder statesman of the folk scene,” gathered a group of local musicians to record a full-length. Perhaps jaded after a run with a major label, Jerpe and company cut the songs during a two-day session in a motel room, a venue choice that helped solidify the album’s reputation as one of the first indie efforts. The result is a collection of songs so immediate that you feel you already know them by heart. Compared to his feisty Epic sides, this is a come-down affair, sober, wounded, and grounded.
Album opener “Another Day Goes Down” is a hands-in-the-air resignation with a wistful melody that belies the reality that, “Here you’re dead or you’re upside down, and all I can do is let another day go down.” It’s a stunning track, an instant classic that could overshadow the rest of the album if the rest of the album weren’t as essential.
Elsewhere, the material here is less greasy spoon, more art gallery. Dylan’s inescapable influence still lingers, but an affection for the Velvet Underground also reveals itself. “You’ll Get the Heaven” chugs alongside “Foggy Notion” and “Thanks A Lot For Coming Into My Life” echoes the most tender moments of VU’s self-titled LP. The album takes a rustic psychedelic turn with “Have You Heard Any Good Jokes Lately?”, recalling the cosmic country of Gram Parsons and The Flatlanders.
Despite these nods, Jerpe never succumbs to his influences or the trappings of the folk genre. Instead of relying on topical songs that would render this album a dead letter, he delivers an album that trades social capital for self-exploration, in turn providing a blueprint for the DIY experience.
by Charlie Farmer, June 14, 2021 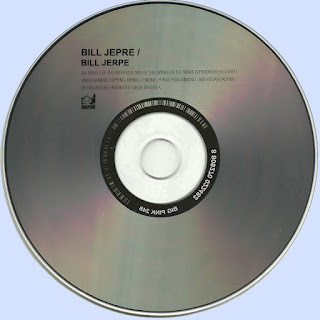