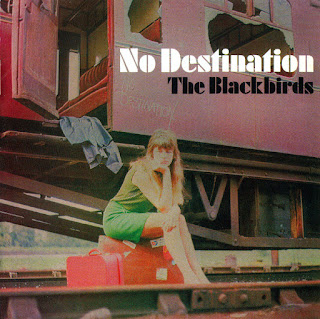 After World War II and during the 1950'ies people in the Saarland, Germanys smallest state in the Southwest, lived through a period of political conflict concerning their national status. In 1950 the Saarland was politically separated from Germany and became an autonomous state, while France was in charge of its foreign affairs. In 1955, an overwhelming majority of the population of the Saarland rejected the Saar statute that was supposed to sanction the political separation from Germany and the economic connection to France, and on 01.01.1957 the Saarland became the 10th state of the Federal Republic of Germany. However, the economic relocation did not take place until 2 years later, on 05.07.1959, in order to minimize any economic loss for France. Then came the 1960'ies and with it Germany's new economic miracle. Everyone was keen to leave the gloom of World War II behind. People made their living working in the coal mines, the iron and steel works and the vineyards, while seeking entertainment and pleasure through the cinema, television and radio. The spi-rit of the age at that time was rather outdated and conservative, though, and the young people and those who had stayed young were keen on more up-to date entertainment. They were thrilled by Rock 'n Roll and the "British Invasion" and sought to imitate them. This is what happened in Püttlingen, a small town close to Saarbrücken, where the first bands formed in 1963. With most simple means they tried to copy their English models who were growing more and more famous. They made their first appearances in gymnasiums, schools, pubs, community centres and Kolping halls, with little time to practise and far from perfect.

The Blackbirds were founded in the beginning of March 1965, when four friends decided to devote more time to their hobby - music - by forming a band. Those four friends were: Werner Breinig (solo guitar/vocals), Klaus Altmeyer (rhythm-guitar), Siggi Burda (bass-guitar) and Helmut Vigneron (drums). They rehearsed in a small hall pertaining to the local Peter-Wust-School, where the band was not disturbed, and more importantly, could not disturb anybody. Their equipment at that time consisted of self-assembled amplifiers, E-guitars that were patched together and seemingly prehistoric pieces of percussion.

This rather increased the motivation of the boys since their aim was to appeal to fans through an attractive stage performance, and by increasing their appearances and takings they were able to improve their technical equipment. The Blackbird's first gig was not long in coming: a dance event on May 1st 1965. The group was keen to constantly improve their musical quality, and so they appeared in a ballroom in Püttlingen on every Sunday. Playing hits from the English and French charts this is where the cornerstone of their future success was laid.

As a young boy, Werner Breinig, the bandleader, had been soloist with the famous Regensburger Domspatzen, where he received first-class singing instructions. His crystal clear and penetrating voice was the band's trade mark. In Summer 1965, Hubert Koop, organ, joined the quartet and the sound of the organ did a lot to improve the musical quality of the formation.

In January 1966 the Blackbirds gained regional acclaim as the first band in the Saarland to stage a charity event. Shortly afterwards the band had their first television gig in the studio of the Saar TV during the Saarmesse, a regional trade fair. In April 1966 bass guitarist Siggi Burda had to leave the band because of his job and was replaced permanently by Heinz-Peter Koop in the end of 1966. In the meantime, Klaus Althmeyer had also left the band.

1967 was going to be the first really successful year for the Blackbirds: They were voted winner of the beat-groups in the federal festival "Chance 67" that was staged in the Ruhrlandhalle in Bochum. In July they took the second place amongst the "beat groups" during the "Festival de l'Européen" in Belgium. On Sept.11 they appeared in the regional TV show "Talentschuppen".

The proximity to France made it easy for the band to stage concerts in this neighbouring country, and the many so called "dance palaces" there offered ideal possibilities. The French particularly loved the slow titles of the band, and often asked them to "jouez un slow". Getting in and out of France was difficult, though. On each entry and exit the band had to present a list of the entire equipment, which had to be stamped at customs. Sometimes they were even controlled, which could take some time.

The band soon gained considerable reputation through the many concerts as well as through appearances on TV and radio, and the first record was not long in coming. Ambitious as they were they would not content themselves with making a single record first up, but decided to have a go at an entire LP right away.

The recordings were done in the beginning of 1968 in the studio Horst Jankowski in Stuttgart. The conditions for recording at that time (four-tracks) are hard to ima-gine these days: The entire LP was recorded and mixed in a single day. Several songs had even to be written in the hotel the night before the recording, since the record company wanted a full LP. Songs such as "Sandman's Bound" and "She" were influenced by the current weariness of the time, while other titles like "Something Different" were improvised on the spot. Although the recording conditions were far from ideal, the band was able to produce an internationally competitive LP. Remarkably, the LP was first published in Great Britain.

"Golden Sun" is a celebration in song of the transient opportunities of warm summer nights, and cherishes the hope for the coming summer.

"No Destination", the title song of the LP, echoes the world-weariness and the 'no future' feeling' that characterized the time around 1968.

In "Sandman's Bound" the band expresses their wish to find peace at last and get some sleep, rather than having to struggle to write yet another song for the record producer.

"That's My Love" is dedicated to the ex-girl friend, who no longer trusts the vows of love, or does she…?

"Girl I'm Wondering": I always thought that you belonged to me…well you got it wrong.

"Show Me That You Love Me": but you know what we really do want…

"Something Different" is the field where organ player Hubert Koop can have his fling.

"She" expresses the hope that the positive female influences will continue, even though the young man has no job and nobody really likes him.

Unfortunately, the LP was not a big commercial success because the small record company did not get sufficiently involved. However, the group sold so many LP's regionally and during gigs that today even the musicians have run out of a copy. The titles "No Destination" and "Space" were also published on a single.

One of the highlights of the concerts was "Sherry Baby", a cover of the Four Seasons' hits. In the end of 1968 this song was published as a single, with "Lead On Light" on the B-side. They had been given this song by a team of composers of the record company Saga/UK. "Space"/ "Golden Sun" was published as a freebie on a split 7" EP with "Bing and The Birds" on the occasion of a leisure fair in Cologne. The group never saw any money for it.

There was also no money in having 5 titles of the LP "No Destination" used on a so called exploitation sampler under the band name "Snake In The Grass" and album title "Hot And Sweet With Beat" (Opp 5, 1969). The remaining 7 titles are apparently by an English band whose model were the "early" Small Faces. Although the record can be recommended, it is not a Blackbirds album under false name, as often purported.

Just how popular the Blackbirds were towards the end of the 1960ies became obvious in Manfred Sexauer's 1000th "Hello Twen Show" in the Saarlandhalle, with stars like Joy Unlimited, Jeronimo and John Mayall, where the best bands of the Saarland were awarded prizes. At that time the Blackbirds had 10 fan-clubs in Germany alone, and another 4 in France and Belgium. The city of Püttlingen honoured one of her famous sons with a "Silver Anchor".

The first successful Blackbirds formation ended when organ player Hubert Koop was drafted to the German army in 1969.

And since beat and psychedelic pop music were gradually growing out of date and bands increasingly turned towards progressive rock and Kraut-rock, musical changes had to be made as well. In 1982 "Sherry Baby" was re-recorded, with "Burn Out For Rock'n Roll" on the B-side (EHA 5065, 1982), but with a different line-up. The B-side, composed by Werner Breinig, recalls the psycho-pop of the late 1960ies, particularly in the verse parts.
by Manfred Steinheuer, March 2005 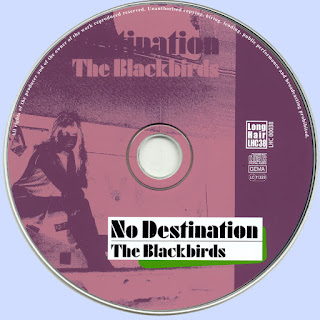