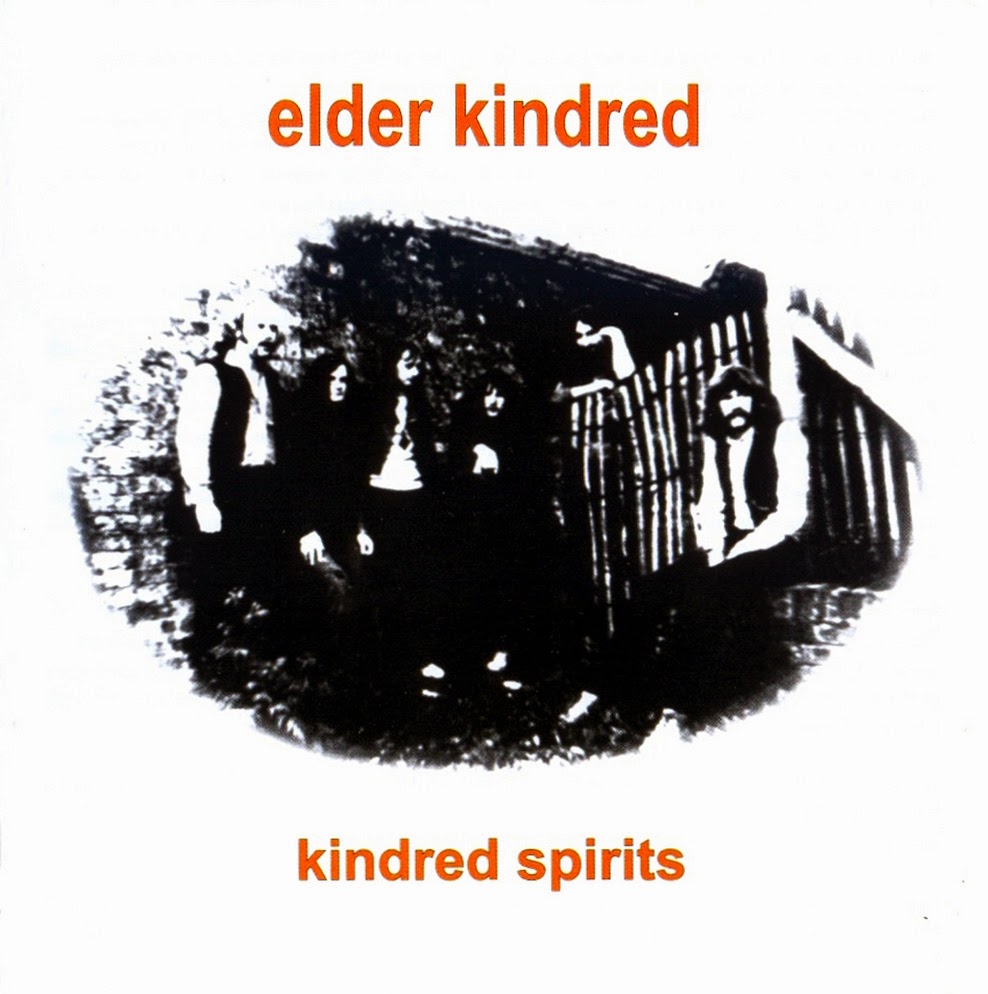 Originated from Huntingdon, Cambridgeshire circa 1970. Previously known as Slow Dog whose lone single was issued by EMI in 1972. Hemery, Knibbs, Judd, Ward, Loakes was the line-up responsible for these recordings. All songs recorded at Beck studios in Wellingborough. Rape and Superior Camp recorded January 1971 (sourced from surviving acetate).

Finding Out and Saga recorded December, 1971. Playing To You, To The Old and Young, Castles, Work Song recorded February, 1973. The band supported many famous acts such as Renaissance, Uriah Heep, UFO and Sam Apple Pie. They were managed by Rufus Manning Associates, a booking agency based in Huntingdon responsible for managing artists such as Mr. Lucifer, Little Women, Cuckoo and Tuesday's Children.
British-music 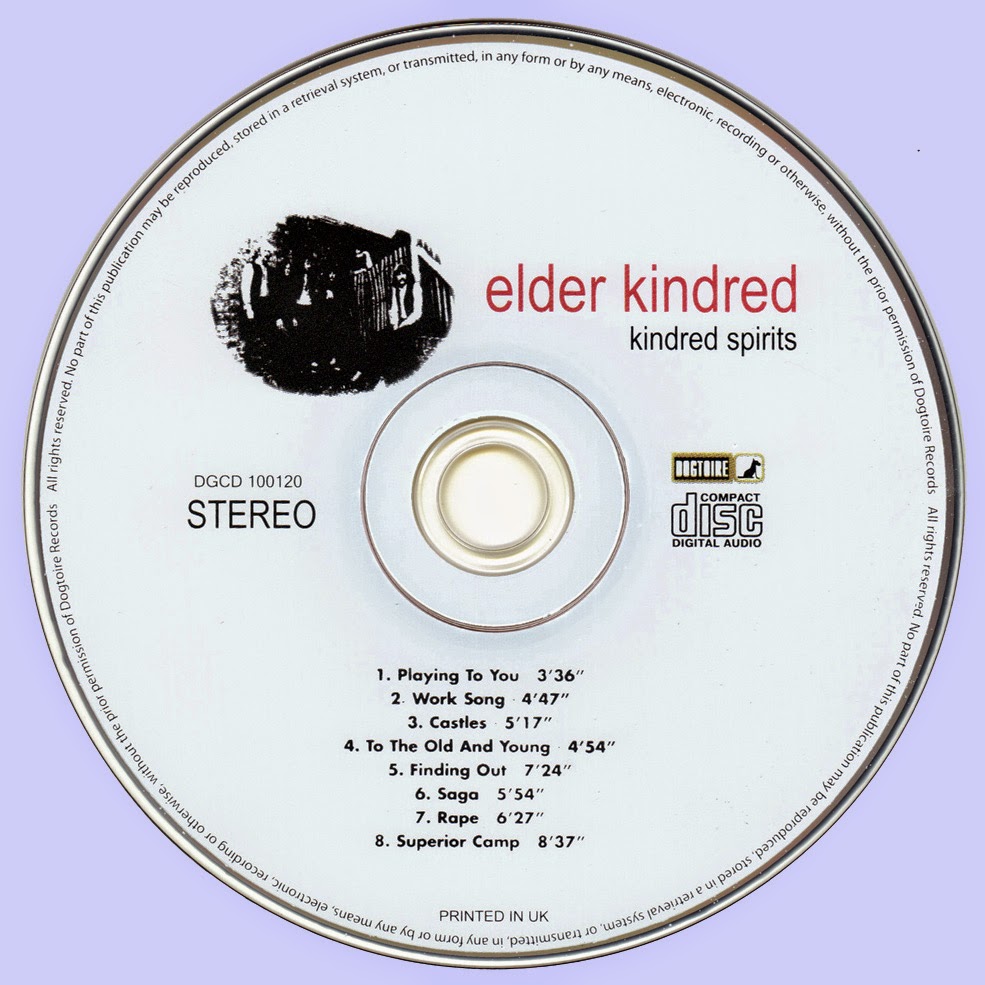 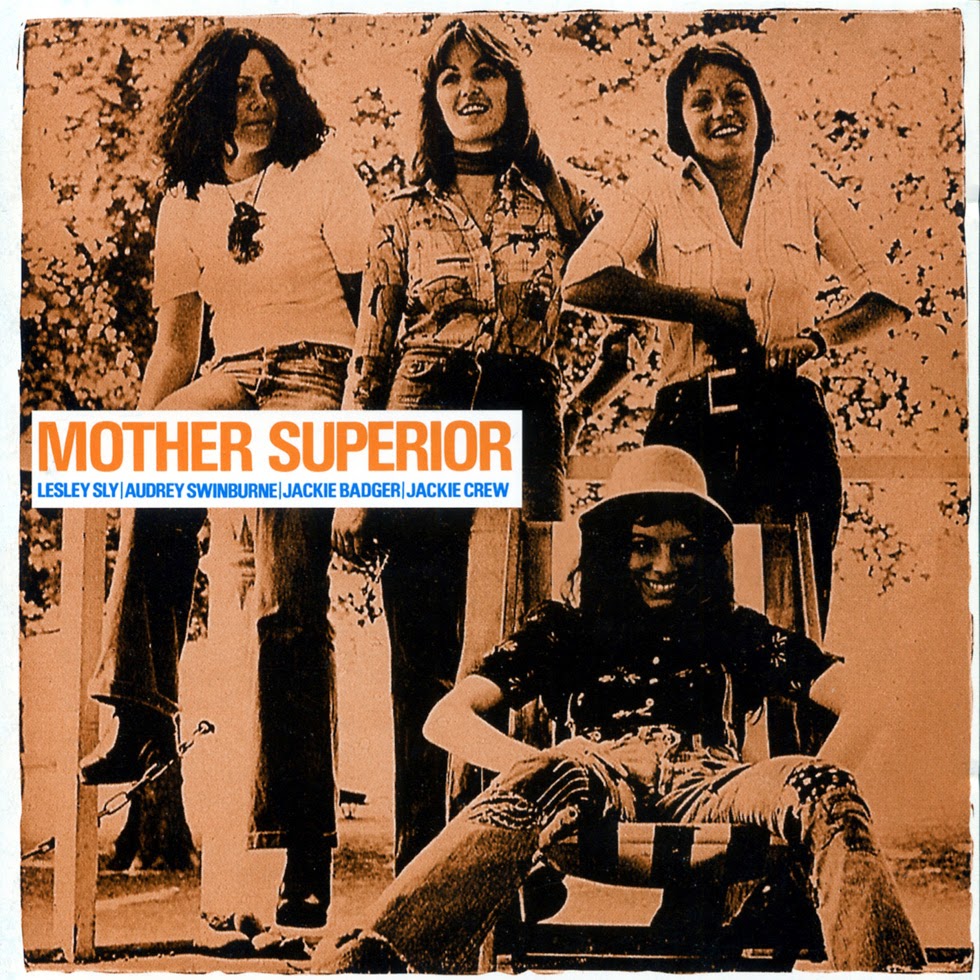 Mother Superior were a rare breed, for not only were they musicians of obvious talent, they were an all female group responsible for recording the definitive crossover album between progressive rock and jazz rock of the mid seventies. This period was a time of transition in the British rock scene; the prog era's candle had finally flickered out two or three years earlier, even the more successful bands that survived its demise were largely on the downslide as punk drew ever closer During this time, Mother Superior emerged displaying leanings towards the earlier progressive sound but with a jazz rock feel and enchanting vocals blending intricate harmonies 'and slick interplay making an altogether delightful concoction.

However, the nature of this music is such that any attempt to try to categorise it is to dilute its richness of style and appeal. Enthusiasts of the progressive era may draw comparisons with Earth and Fire, Sandrose and Fusion Orchestra all of which featured female singers. But how many good all female rock bands were there in the 70s? Fanny spring to mind and; a bit later on, there were the Runaways. After that it's a struggle. Here we have this rare phenomenon, a magical songwriting and arranging partnership of Lesley Sly (keyboards) and Audrey Swinburne (guitars) often alternating on lead vocals giving the compositions a mixture of tenderness and sensitivity plus exuberance and wit. Furthermore their adeptness at rousing improvisation is epitomised by extensive soloing notably in 'Mood Merchant' and 'No Time Toulouse Lautrec'. A steady rhythm section of Jackie Badger (fingering a Gibson bass) and Jackie Crew (drums and percussion) also add backing vocals where required.

Their prowess in renovating old songs and turning them into highly listenable pieces shows up in 'Love The One You're With' and an absolutely splendid version of 'Lady Madonna'. In 1975 the band were given the opportunity by IBC Studios to make use of all night downtime recording sessions. Whilst these recordings were taking shape they were gigging regularly, especially in and around London, in expectation of a forthcoming record deal. Test pressings were circulated, but unbelievably, the album never secured a UK release. This setback spurred the band on to look further afield in search of a deal for their finely crafted, exquisite work of art, which really ought to have gained an automatic right to worldwide release and acclaim if foresight and enlightened judgement had prevailed.

Instead it was in Scandinavia, where greater appreciation of this exceptional group emerged. Mother Superior's album finally escaped on the tiny SMA label albeit in a ridiculously small quantity making it nigh on impossible to locate these days. That LP. titled 'Lady Madonna' (Cat No SMA 3014), is presented here, on this painstakingly remastered CD together with the original artwork. Shortly after the low-key album release the line-up abandoned their hopes of hitting the big time. Alas prematurely. At a time when chauvinism was rife in the music industry and where it was widely declared that girls couldn't play rock and roll it was hardly surprising that their patience wore despondently thin.

Mother Superior may not have had the luck of the draw but perhaps it was because they were such a unique band, not easily pigeon-holed, that led to them ultimately being overlooked rather than becoming a sensation. In any case, we are honoured to present to you this true lost gem which we hope you will cherish as we do. 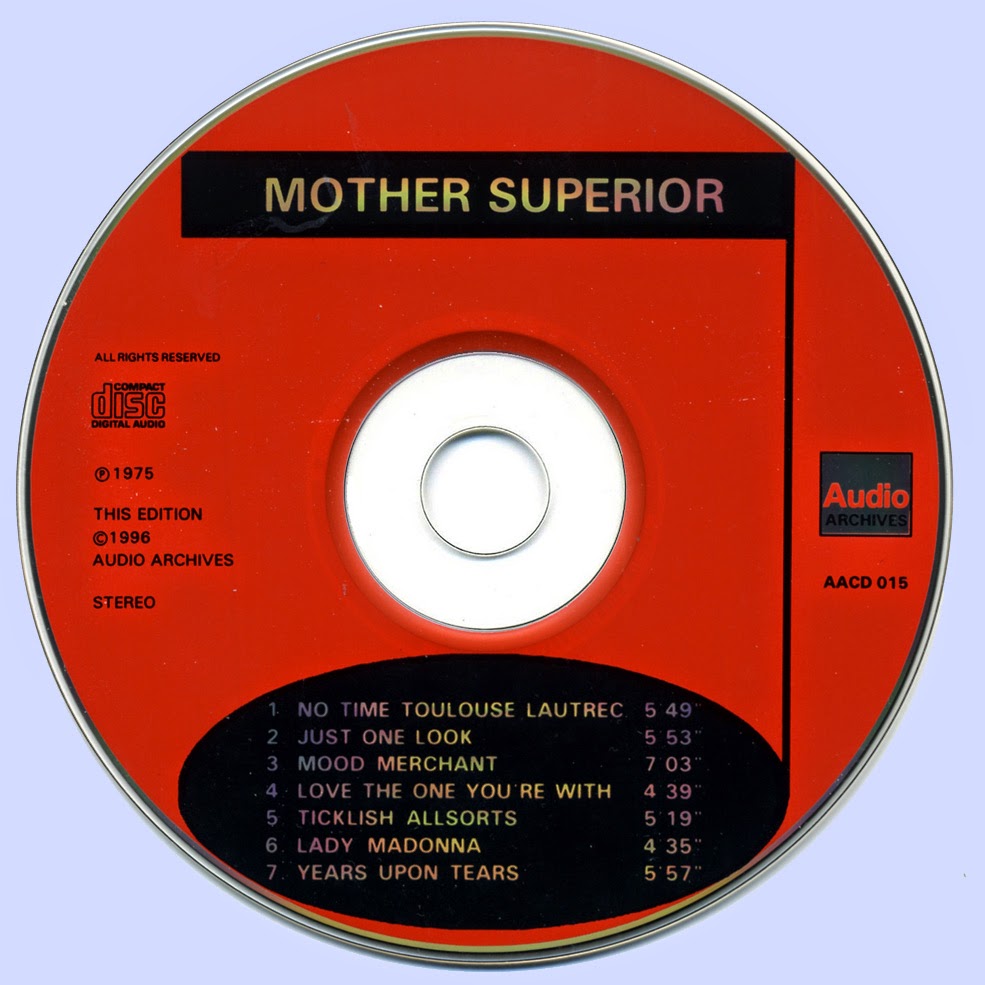