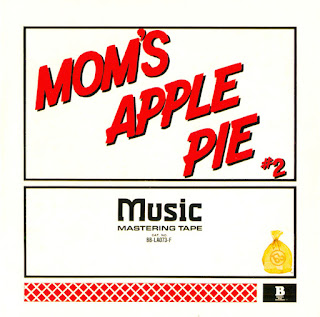 Mom's Apple Pie were a horn rock group that played many concerts opening for national recording artists and released a couple LPs on the Brown Bag label.

The band was started by Dave Mazzochi (keyboards - Hammond B3) and Tony Gigliotti (vocals) from the Shaddows. The group included Bob Fiorino (vocals), Joe Ahladis (guitar), Roger Force (sax, flute), Greg Yochman (bass), Pat Aulizia (drums), Fred Marzulla (trombone), Bob Pinti (trumpet), and Bob Miller (lead guitar).  One of the ways the group stood out was the vocals, as the group had two lead singers, with Bob Fiorino being the primary lead, and with other member providing backing vocals.

The group was managed by Larry Patterson from Hermatige, PA, just over OH/PA boarder. Most of the band members were from Warren and like Mazzochi and Gigliotti they had been in other bands. Sometime during 1972 the band was recording some demos at Cleveland Recording and according to legend, they were heard by the wife of former Grand Funk manager Terry Knight, whose connection with Cleveland Recording went back to the mid 1960s. Knight was just starting his Brown Bag record company and the group was signed by Knight for the label.

Unfortunately, the group's 1st LP is somewhat known for reasons that have nothing to do with the music. The original artwotk showed a woman holding a pie with the front slice opened to look like a vagina........go ahead and look it up, and return when you're finished......OK, now that you've seen it, we can talk about the music, which included mostly original songs, with Dave Mazzochi as the primary writer. The LP did get some airplay - it was relssued with the offending cover art redone to look like bricks - and the band embarked on several short tours that took them to New York City and many places inbetween, especially college campuses.

The group recorded a second LP in 1973 and apparently Knight and co wanted to avoid any controversy so the packaged the LP to look like a tape box and named it the somewhat uninspired "No 2". The LP included all original songs. This LP did not sell as well as the first. It's not clear why, but in general Brown Bag was not having much success and it's possible that they were not able to get the promotion strength.

The group continued to play locally and regionally. A third LP was recorded but not released until 2011. The group disbanded in 1974.
BuckEye Beat 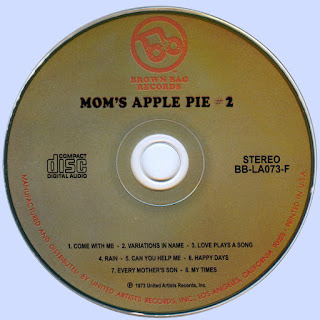 Free Text
Text Host
Posted by Marios at 5:49 AM 1 comment: