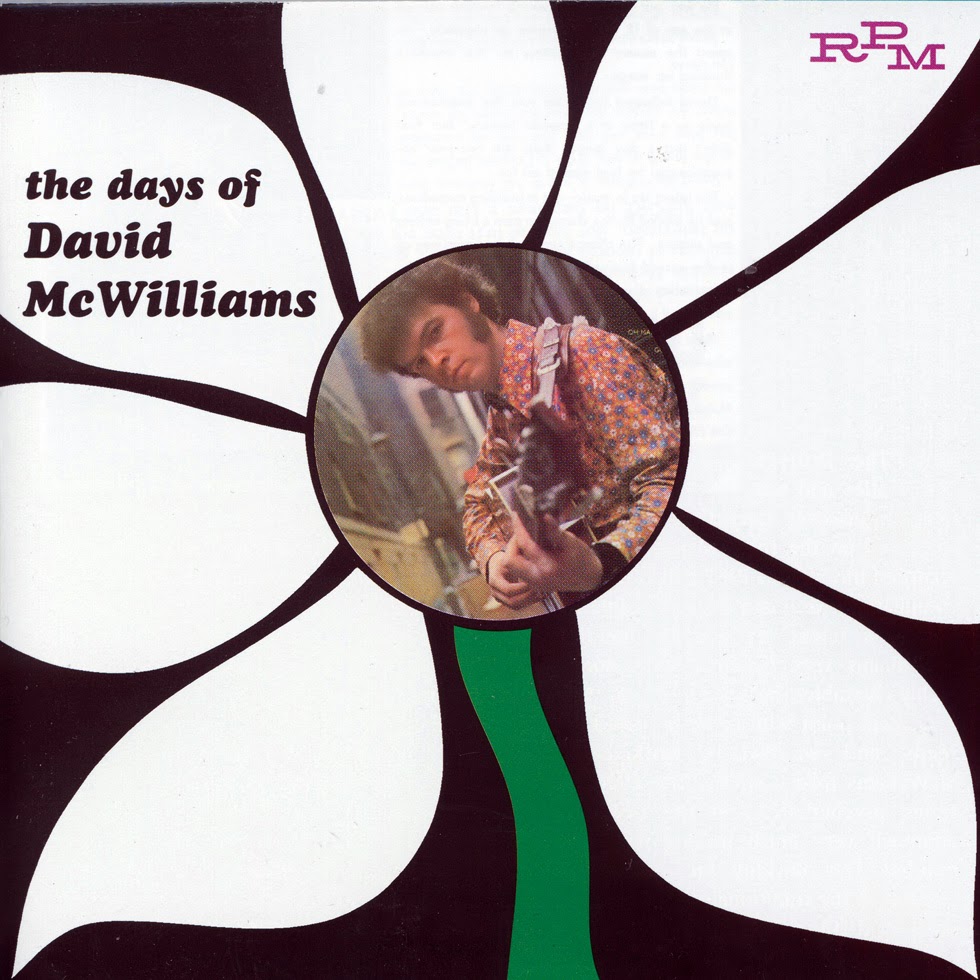 In October 1967, the Irish singer-songwriter David McWilliams was launched in mainland Britain by his eager manager Phil Solomon, with a barrage of publicity for the dreamy track "The Days of Pearly Spencer".

"The single that will blow your mind, the album that will change the course of music" trumpeted full-page adverts in the New Musical Express alongside enthusiastic quotes from journalists and other pop impresarios comparing the 22-year-old McWilliams to Donovan and Bob Dylan.

Unfortunately, back in 1967, Radio 1, the BBC's new pop network, didn't add "The Days of Pearly Spencer" to its playlist, maybe because Solomon was also a director of Radio Caroline, the pirate station just outlawed by the Marine Broadcasting Offences Acts passed by Harold Wilson's government.

Nevertheless, the single was played incessantly and defiantly on Caroline while stations in continental Europe picked up on its strange "phoned-in" chorus and pastoral arrangement. The following year, the track charted all over Europe and impinged itself on the continental consciousness as the soundtrack to Swinging London alongside the likes of "Nights in White Satin" by the Moody Blues and Procol Harum's "A Whiter Shade Of Pale".

A reluctant stage performer, McWilliams recorded more than 10 solo albums and eventually saw the torch singer Marc Almond, formerly of Soft Cell, score the biggest hit of his solo career with a carbon-copy version of "The Days of Pearly Spencer" which reached No 4 in the British charts in 1992.

Born in the Cregagh area of Belfast in 1945, David McWilliams moved to Ballymena when he was three. He grew up with seven brothers and sisters and as a teenager developed an early interest in the rock'n'roll music of Buddy Holly and learned to play the guitar. He also developed a rebellious streak and in 1960 was expelled from Ballymena Technical School for drinking between lessons. Even when he returned, McWilliams played truant constantly, spending days thinking up songs.

In 1963, he followed his father and became an apprentice fitter in a torpedo factory in Co Antrim. However, he was always looking for a way out. Six foot tall with blue eyes and unruly black hair, he cut a distinctive figure on the football pitch; he excelled as a goalkeeper but an ankle injury kept him out of the local Linfield football team.

He preferred music anyway and joined the Coral Showband. Not content with performing covers, he began writing his own compositions such as "Redundancy Blues" and "Time of Trouble", inspired by his surroundings. "I listen with my eyes and I sing what I see," he later told journalists.

In 1966, he signed to CBS and released his début single, "God and My Country", but Dylan and Donovan seemed to have the protest singer and troubadour market sewn up and the track sank without trace. Undaunted, McWilliams went into a Belfast studio to record some demos. The impresario Mervyn Solomon overheard McWilliams's tapes and contacted his brother Phil, who was equally impressed by the material.

The formidable Irish entrepreneur Phil Solomon had made his name with Them and the Bachelors. He had also joined Ronan O'Rahilly's Radio Caroline operation and was keen to establish a record company connected to the pirate station. Having launched the Major Minor label at the tail end of 1966, Solomon wanted to add McWilliams to his roster. Even better, since CBS already manufactured Major Minor's releases, he could appear to do them a favour by offering to take the singer off their hands. The scam worked and Solomon brought his new signing over to London. He teamed up McWilliams with the arranger Mike Leander.

McWilliams had found the perfect producer for his delicate and heartfelt songwriting as well as his six- and 12-string acoustic guitars and the partnership blossomed. In June 1967, his début album, David McWilliams Sings Songs from David McWilliams, made the Top Forty. The second one, simply called David McWilliams, fared even better, probably because it featured "The Days of Pearly Spencer".

Thanks to Leander's orchestral arrangement, the track had evolved from a poignant ballad about a homeless man whom McWilliams had met in Ballymena into a haunting radio record and a considerable turntable hit. Though it never charted in Britain, the single was re- released on three separate occasions and remains a favourite on oldies stations around Europe. The follow-up single, "Three O'Clock Flamingo Street", proved equally evocative of the down-and-out milieu the songwriter had observed as a teenager. And, despite the lack of hit singles, his third album, David McWilliams Volume III, also charted in March 1968.

This 22-track compilation is largely drawn from the three albums McWilliams released on Major Minor in 1967-68, tagging on a B-side apiece from 1968 and 1969. 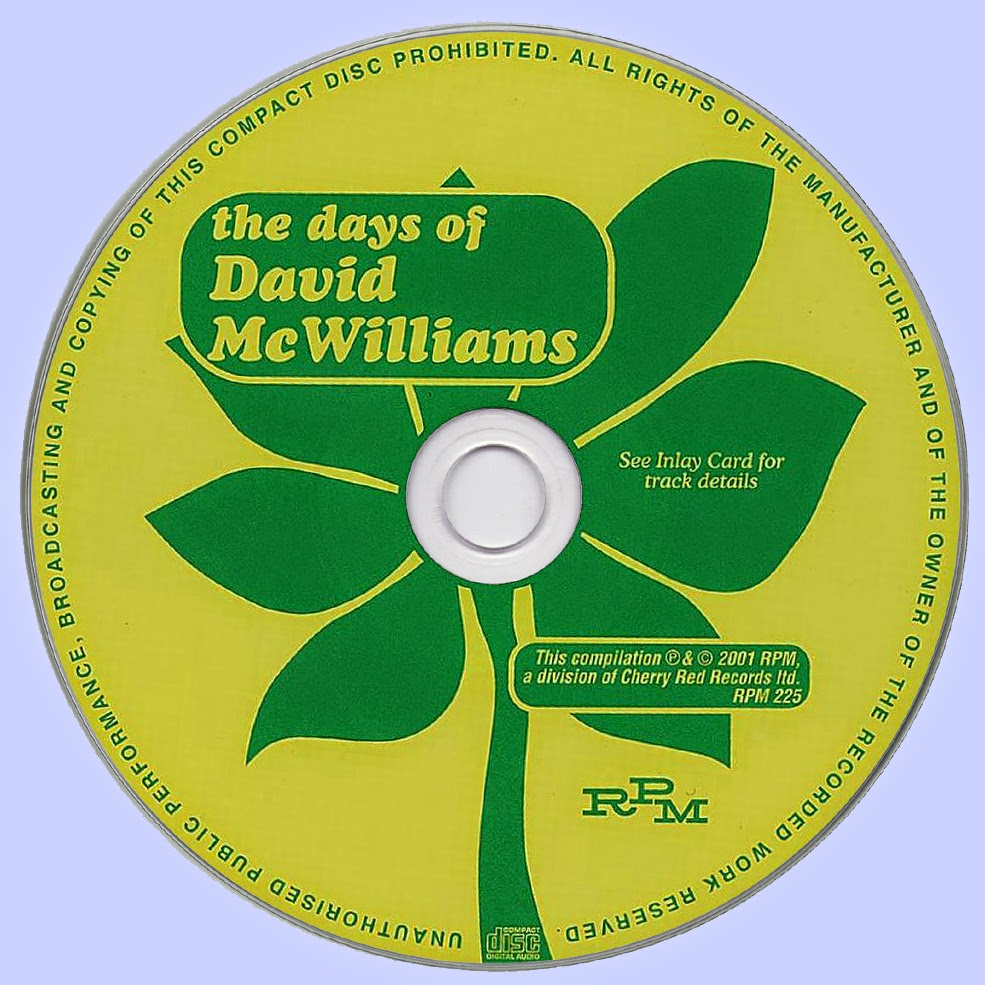