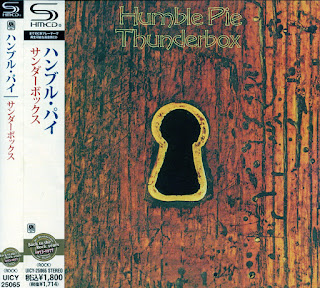 This incredible album was, the pinnacle of Humble Pie's career. A clean crisp production coupled with Steve Marriot's voice at the top of his game makes for a true masterpiece of 70's blues rock. There's not a weak track on the record. From the moment it starts with the powerful "Thunderbox" until the end with "Oh La De Da", the album motors through with emotion, grace and swagger. While the boys do a few interesting covers on this record, like "Can't Stand the Rain", "Drift Away" and "No Money Down", it's the originals, like "Every Single Day", Ninety-Nine Pounds", "Rally with Ali" "No Way" and the aforementioned "Thunderbox" that really make the album move. "Groovin with Jesus" and "Dont Worry, Be Happy" are two other funky tunes that seem to jam on the same backbeat. One almost seems like a reprise of the other.

Overall, if you are interested in picking up a great, well produced and fun effort by the Pie, you can not go wrong with this collection.
by T. DaPrato 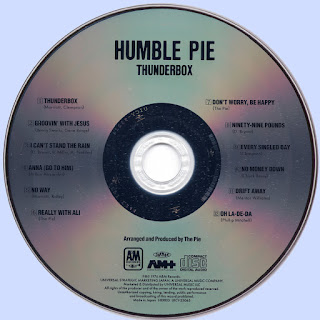 Free Text
Just Paste
Posted by Marios at 10:25 AM No comments: