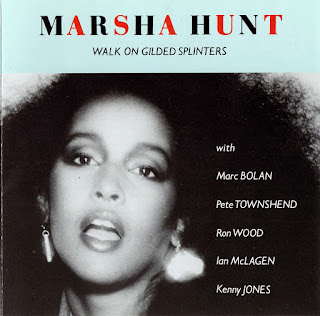 Born 1946, Philadelphia, USA. Singer Hunt arrived in the UK during the mid-60s and emerged as a solo act following a spell in the chorus of the London production of Hair. A series of powerful live performances ensued, including the 1969 Isle Of Wight Festival, on which she was backed by Scottish group (White) Trash.
Her subsequent career included a period hosting a chat show on Capital Radio, and Hunt later drew publicity during a successful paternity suit against Mick Jagger. The artist’s thespian ambitions were furthered as a member of both the Royal Shakespeare Company and the Royal National Theatre and in 1985 she published her autobiography, Real Life. Hunt’s first novel, Joy, followed in 1990 and she has subsequently become established as a writer.
The term ‘multi-talented’ can’t be thrown around lightly, but for Marsha Hunt, it’s worth mentioning the fact. Aside from being a singer, she’s acted in a few known cult and horror flicks plus theatre, modelled, written novels, been an activist and at one point dated Mick Jagger. I know the latter isn’t a talent, but unfortunately that factor crops up way too much in any articles about her so let’s get it out of the way.
Yeah, she’s the huge-haired lady in Dracula A.D. 1972 (see review of Dracula A.D. 1972 here) as well as having roles in Britannia Hospital (the last of the If… trilogy), The Sender, and The Howling II. Balanced well into the mix is her debut LP, Woman Child. So late ‘60s and early ‘70s in sound, it is perfect and quite diverse in musical styles for that period. It deserves a listen because many of the sassy hot rock tunes will be the ideal backing for a smoke-filled living room sway with you and your friends in low light.
There’s a mish mash of remakes and Marc Bolan material (according to her autobiography he actually contributed musically to the album as well), all given a funked-up tempo with Marsha’s sexual vocals probably exciting a lot of young listeners at the time (her performances were supposed to be very erotic, showing breasts as lifting her arms, that kind of thing).
Starting with an Indian vibe spliced remake of Dr. John’s, Walk on Guilded Splinters off his Gris-Gris album. Martha does it proud adding more eerie magic to proceedings. She yells out some lyrics sounding like Tina Turner and makes it her own. After a brief and quickie interlude kind of spoofing her time in the infamous stage production of Hair, Hot Rod Pappa is up-tempo head-nodding and written by Marc Bolan, as is the following mellow almost late Beatles sounding, Stacey Grove.
One of the stronger moments on the album comes as No Face, No Name, No Number, a remake of a Traffic classic, and gives Martha time to really hit some strong notes, showing she can throw out a ballad and give you goosebumps. We just go pure big sound on, My World is Empty Without You. This one could have been a lead soundtrack tune, so of its time and filled with random choices of screams and instruments.
The album has blues, funk, a bit of psychedelic, ballads, country, and overall is a satisfying album. Her acting comes into her voice, she changes her delivery along with the ever-changing styles of music presented here.
by Jay Creepy, September 24 2020 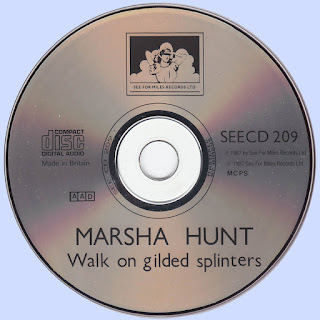