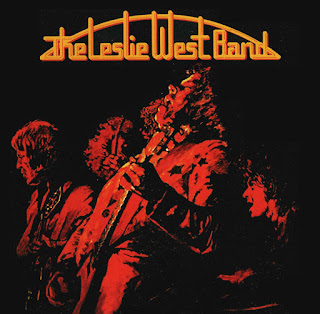 Where Leslie West's The Great Fatsby touched upon different themes and showed the guitar hero able to handle Free-style blues-pop, Foreigner guitarist Mick Jones comes to the party to bring a different focus. Outside of a couple of covers and Mick Jones' composition "Singapore Sling," all the material is by West, Jones, and Laing -- a progression from West, Bruce & Laing, which was a progression from Cream producer Felix Pappalardi's work with the guitarist/drummer combo in the original Mountain. Not as heavy as those other two groups,
The Leslie West Band on record has more bite than The Great Fatsby, and as with the previous project, some big name players. John Lennon/Buzzy Linhart/Jim Croce keyboardist Ken Ascher is onboard, as is bassist Don Kretmer from the Blues Project. Leslie is in good company, and makes the most of it. Where he performed Rolling Stones material on Fatsby, here we have a dark and lovely rendition of the Beatles' "Dear Prudence" -- Ascher getting a chance to work on Lennon material again as he did on Mind Games. And as Fatsby had "The House of the Rising Sun," Mann and Weil's "We Gotta Get Out of this Place" gets revised by the Leslie West Band.
It's a methodical version, Led Zeppelin lite, and is a decent album track, though the music without vocals seems to be the key to this album's real magic. "Singapore Sling" has beautiful Leslie West guitarwork on the Mick Jones set of riffs, while "Sea of Heartache" is a real gem that just stuns. It's a three-minute-33-second sort of ode to Black Sabbath where the musicians bring it up another notch. "By the River" and "Get It Up" aren't bad; it's just that they don't offer much new to the Leslie West repertoire. "By the River" ends much too fast as well, like someone just decided to turn down the sound as the side concludes prematurely. The Leslie West Band has our hero slugging it out in the trenches, and he gets a "B" for effort, which isn't a bad thing. One just would've hoped he kept from sliding back to the tried and true. It's the experimenting here that really shows what could have been, and this was the perfect time for the artist to reinvent himself.
Leslie West, died on Tuesday December 23rd 2020 at the age of 75, following a cardiac arrest, according to his brother.
by Joe Viglione 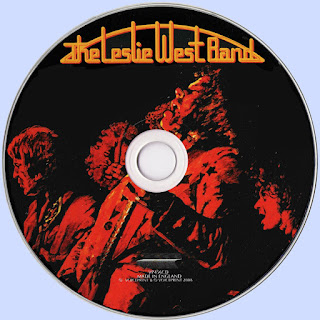