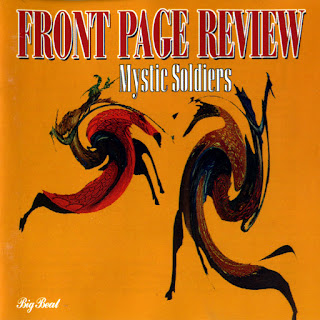 Front Page Review was a Boston band. Although they signed a contract with the MGM label, their only album was produced by Alan Lorber, the legendary inventor of "Bosstown Sound", but for several reasons it never came to be released. Front Page Review made an interesting Psychedelic Rock, typical of the late 60's, with influences from California groups like The Doors or Jefferson Airplane.

Band formed in 1965, as the typical group of Boston area, making their living playing rock 'n' roll hits in local clubs, between 1965-1967.  Their fate and direction will radically change in late 1967, with the arrival of the charismatic, guitar, singer and songwriter Steve Cataldo.

Steve carried with him, deep, serious musical and social directions to the group, which were immediately added to the Front Page Review repertoire. His social explorations and his great musical vision led the group, to even higher levels of maturity and quality, much more than could be expected of a group of young people between 17 and 19 years.

Their sole album, "Front Page Review" is a really delightful work, lasting only 29 minutes, but intense at times, full of intelligent and original ideas, changes of unexpected times and interesting melodies, with inspirational lyrics and original musical proposals. Alan Lorber did a spectacular job, taking advantage of this unique combination of musicality and social content, characteristic of the group, he managed to integrate the magnificent themes of the band into a new sound dimension, adding sound effects that raised dramatic intensity and realism of the excellent instrumental parts, obtaining a very cinematographic effect, when transporting the listener to an almost real scene, making him visualize moving images as if it were a movie. A clear example of this we have in the subject that opens the disc, "Prophecies / Morning Blue" , where the sound of children who play, confident and unprepared, are represented in a world of sudden nuclear devastation by a frenetic change of pace 5/4 Jazz as the nuclear cloud gets closer and closer to them.

Steve Cataldo signed a new contract for the recording of a solo album with the label "ABC Records" and in 1969 under the name "Saint Steven" he released the excellent album "Over The Hills" " . In the 1970s Cars group manager Freddie Lewis and group leader Ric Ocasek helped him get a contract with "Elektra Records" in Los Angeles, in which the first work of his new group was released the Nervous Eaters . Already in the 80 edited a second album with this same group in a small independent seal. Other contributions can be heard on the albums of Wille Alexandre , for which he recorded some magnificent acoustic guitars, in several of his classic songs, among them "Mass Ave" or "Keronac" .

With their unique album, in their unusual format of musical fusion and poetic narrative , Front Page Review left an extraordinary and original contribution to the history of Rock from Boston and to what was dubbed the Boston Sound . Fortunately, the album "Front Page Review" , which remained for more than 30 years in complete oblivion and on some shelves filled with dust, was finally unearthed and edited in 1997 from the original Master Tapes. This is a little forgotten gem that deserves close attention. 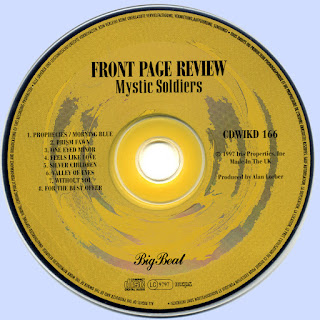 Free Text
the Free Text
Posted by Marios at 9:00 AM 4 comments: