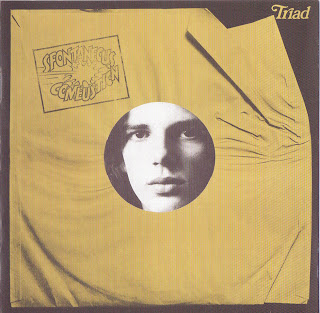 This second album from Dorset trio SC, also got the Esoteric de Luxe treatment, re-mastered (great sound) and refined booklet, restored artwork and essay (as with the debut album, read review on these pages) this album shows how mature these guys have grown within´ the same year. The music here are tighter and more coherent, but still imaginative and progressing.

As opposed to the first album I didn't own this second on vinyl, so even though I heard it way back then, I has not immediate the same effect on me understandably. But with several listening now this sparkling new edition is as brilliant as the first album! The sound here seem a tad better (well you can only do so much with the original material/master tapes cant you?) than on the debut. On the other hand, the debut had some spontaneous (there I did it again, sorry) moments, whereas this shows more directed or collected music ideas and delivery!

This album grows with every spin and it is a fine release, my favorite will always be the debut (you know the feeling, it's the one you´ve heard first, it's the one you kissed too, it's the first you found out you wanna be a musician too..etc etc.) In all fairness, this second release has the better instrumentation, tighter melody structure and a clearer and fuller sound!

This outing has 3 bonus tracks (I forgot to mention that the debut album also boast´ s a bonus track) two of them here are renditions of "Sabre Dance" (done by Love sculpture in 1968) the first one in that same fashion as LS, the latter one, in a moody semi acoustic version, with original sequences, that I quite like!! Another fine re-release from Esoteric (these guys are amazing) 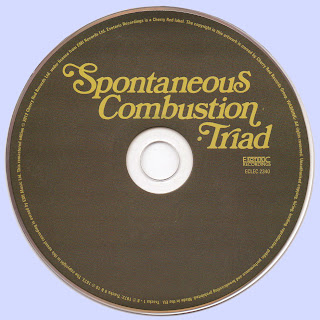