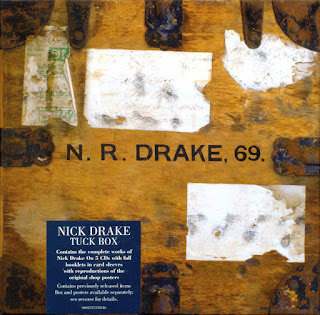 A singular talent who passed almost unnoticed during his brief lifetime, Nick Drake produced several albums of chilling, somber beauty. With hindsight, these have come to be recognized as peak achievements of both the British folk-rock scene and the entire rock singer/songwriter genre. Sometimes compared to Van Morrison, Drake in fact resembled Donovan much more in his breathy vocals, strong melodies, and the acoustic-based orchestral sweep of his arrangements. His was a much darker vision than Donovan's, however, with disturbing themes of melancholy, failed romance, mortality, and depression lurking just beneath, or even well above, the surface. Ironically, Drake has achieved a far greater stature in the decades following his death, with an avid cult following that grows by the year.

Part of Drake's failure to attract a mass audience was attributable to his almost pathological reluctance to perform live. It was at a live show in Cambridge, however, that a member of Fairport Convention saw Drake perform, and recommended the singer to producer Joe Boyd. Boyd, already a linchpin of the British folk-rock scene as the producer for Fairport and the Incredible String Band, asked Drake for a tape, and was impressed enough to give the 20-year-old a contract in 1968.

Drake's debut, Five Leaves Left (1969), was the first in a series of three equally impressive, and quite disparate, albums. With understated folk-rock backing (Pentangle bassist Danny Thompson plays bass on most of the cuts), Drake created a vaguely mysterious, haunting atmosphere, occasionally embellished by tasteful Baroque strings. His economic, even pithy, lyrics hinted at melancholy, yet any thoughts of despair were alleviated by the gorgeous, uplifting melodies and Drake's calm, measured vocals. Bryter Later (1970) was perhaps his most upbeat effort, featuring support from members of Fairport Convention, and traces of jazz in the arrangements. On some cuts, the singer/songwriter, remarkably, dispensed with lyrics altogether, offering only gorgeous, orchestrated instrumental miniatures that stood well on their own.

Neither album sold well, and Drake, already a brooding loner, plunged into serious depression that often found him unable to make music, work, or even walk and talk. He managed to produce one final full-length work, Pink Moon (1972), a desolate solo acoustic album that ranks as one of the most naked and bleak statements in all of rock. He did record a few more songs before his death, but no more albums were completed, although the final sessions (along with some other fine unreleased material) surfaced on the posthumous compilation Time of No Reply.

Drake's final couple of years were marked by increasing psychiatric difficulties, which found him hospitalized at one point for several weeks. He had rarely played live during his days as a recording artist, and at one point declared his intention never to record again, although he wished to continue to write songs for others. (It's been reported that French chanteuse Françoise Hardy recorded some of Drake's songs, but she hasn't released any.) On November 25, 1974, he died in his parents' home from an overdose of antidepressant medication; suicide has been speculated, although some of his family and friends dispute this.

In the manner of the young Romantic poets of the 19th century who died before their time, Drake is revered by many listeners today, with a following that spans generations. Baby boomers who missed him the first time around found much to revisit once they discovered him, and his pensive loneliness speaks directly to contemporary alternative rockers who share his sense of morose alienation.

Hunger for "new" Nick Drake material had reached enough of a fever pitch by the 21st century for Island to try digging up enough for this odd patchwork collection, combining outtakes with remixes of tracks that had been previously issued on the Time of No Reply album. The result is a curious disc that's not quite an anthology of wholly previously unreleased material, and thus of somewhat limited value to Drake collectors, though it contains much good music. The only song here previously unavailable in any form is the 1974 outtake "Tow the Line," a melancholic solo acoustic performance (as are most of the tracks on the CD) that's well up to the standards of Pink Moon and the 1974 tracks that previously surfaced on Time of No Reply.

Also new to official release are spring 1968 solo acoustic versions of "River Man" (later to appear on Five Leaves Left with orchestration) and "Mayfair" (a later recording of which was used on Time of No Reply), as well as a March 1969 version of "Three Hours" that's longer than the one later cut for Five Leaves Left. There's also a newly discovered take of "Hanging on a Star" (one of the 1974 outtakes used on Time of No Reply) with a different vocal. The differences between these and the familiar studio renditions aren't knock-your-socks-off different, but certainly good and well worth hearing by Drake cultists.

It's the rest of the material that might be the target of criticism from concerned consumers, whether for posthumous tampering or redundancy with previously available albums. Most controversially, two tracks from Time of No Reply -- "Time of No Reply" itself and "I Was Made to Love Magic" (the latter here, for some reason, retitled simply "Magic") -- have been altered to include Robert Kirby's original orchestral arrangements, recorded in 2003. Actually in both instances, the substituted orchestration is integrated very tastefully, but it can never be answered whether Drake himself would have approved or had it done the exact same way.

The remaining cuts are simply remixes or remasterings of six songs that appeared on Time of No Reply, the remixes of the 1974 songs "Black Eyed Dog," "Rider on the Wheel," and "Voices" (originally titled "Voice from the Mountain" when it first appeared on Time of No Reply) being done by the original recording engineer, John Wood. Though those remixes of the 1974 tracks in particular are an improvement (the songs on the original release had been mixed onto a mono listening tape), again it's not the sort of thing that will generate revelations unless you're an audiophile. As everything Drake recorded was worth hearing, this CD too is quite worthy judged in isolation, and certainly full of the subdued mystery the singer/songwriter brought to his music. It's just not the gold mine of discoveries for which some might have hoped.

For many years after his death, unreleased home tapes that Nick Drake made shortly before beginning his official recording career have been bootlegged among collectors. The 28 songs on Family Tree add up to an extensive (though not quite complete, missing some minor covers like "Get Together," "Don't Think Twice, It's Alright," and "Summertime") compilation of the performances he recorded on such equipment before he cut his debut album, 1969's Five Leaves Left. The bulk of it, and the part that's been oft-bootlegged, was recorded on a reel-reel at his family home (and include a vocal duet between him and sister Gabrielle Drake on "All My Trials," though otherwise they're all solo performances).

Less familiar, and hence probably new even to many hardcore Drake collectors, are eight songs taped on cassette somewhat earlier during his spring 1967 stay in Aix-En-Provence in France, as well as a couple of earlier versions of songs that later appeared on Five Leaves Left that were taped by Robert Kirby in 1968, and a couple recordings of songs sung and played (on piano) by Nick's mother, Molly Drake. Many Drake fans will already be familiar with the performances he taped at his family home, but the cleaned-up sound here makes this disc much easier to listen to than those earlier unauthorized releases, though everything's still (inevitably given the sources) a little lo-fi.

As for the music, it's a very pleasant and listenable portrait of Drake's folk roots, though not on par (and not meant to be) with his studio releases. For one thing, at this point, he wasn't playing much of his own material; most of the songs are traditional folk tunes, or covers of compositions by '60s folk songwriters that were obviously big influences on Drake, such as Bert Jansch, Jackson C. Frank, and Dylan (and, on "Been Smokin' Too Long," a friend he met in France, Robin Frederick). Also, both his guitar work and singing are more derivative of the likes of Jansch, Donovan, and country bluesmen such as Blind Boy Fuller (whose "My Baby's So Sweet" he covers here) than they would be by the time he settled into his own style on Five Leaves Left. Still, much of what makes Drake special does come through, even with the relatively low percentage of original material and primitive recording conditions.

His folk guitar work is already nimble, but more striking are his vocals, which already boast his characteristic mixture of assured slight smokiness and English reserve. And the few Drake compositions put his reclusive yet poetic world view in greater, more original focus, though it's really only on the songs later used on Five Leaves Left (and, perhaps, the haunting if Donovan-esque "Strange Meeting, Pt. 2") that it becomes fully mature. The two Molly Drake songs, incidentally, aren't mere completist add-ons; they make it clear that she was likely a substantial influence upon her son's melancholy melodies and songwriting, if perhaps a subliminal one. Less essential, though still illuminating for the dedicated Drake fan is a classical instrumental (by "the Family Trio") with Nick on clarinet.
by Richie Unterberger 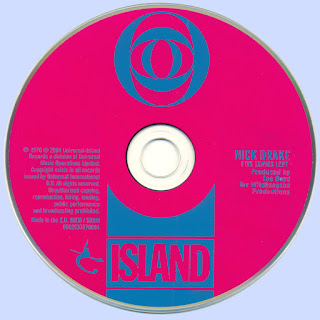 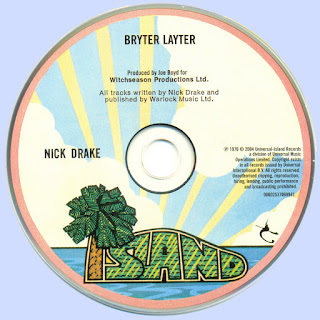 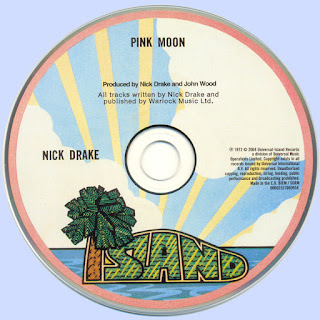 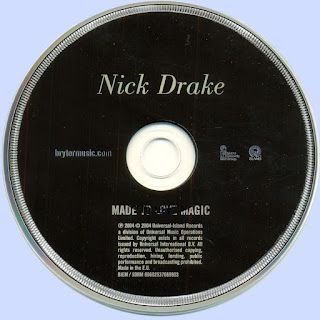 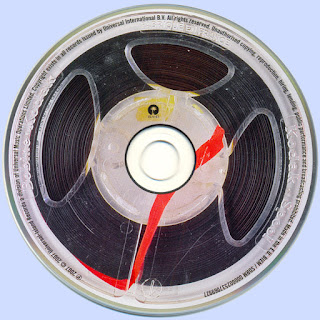