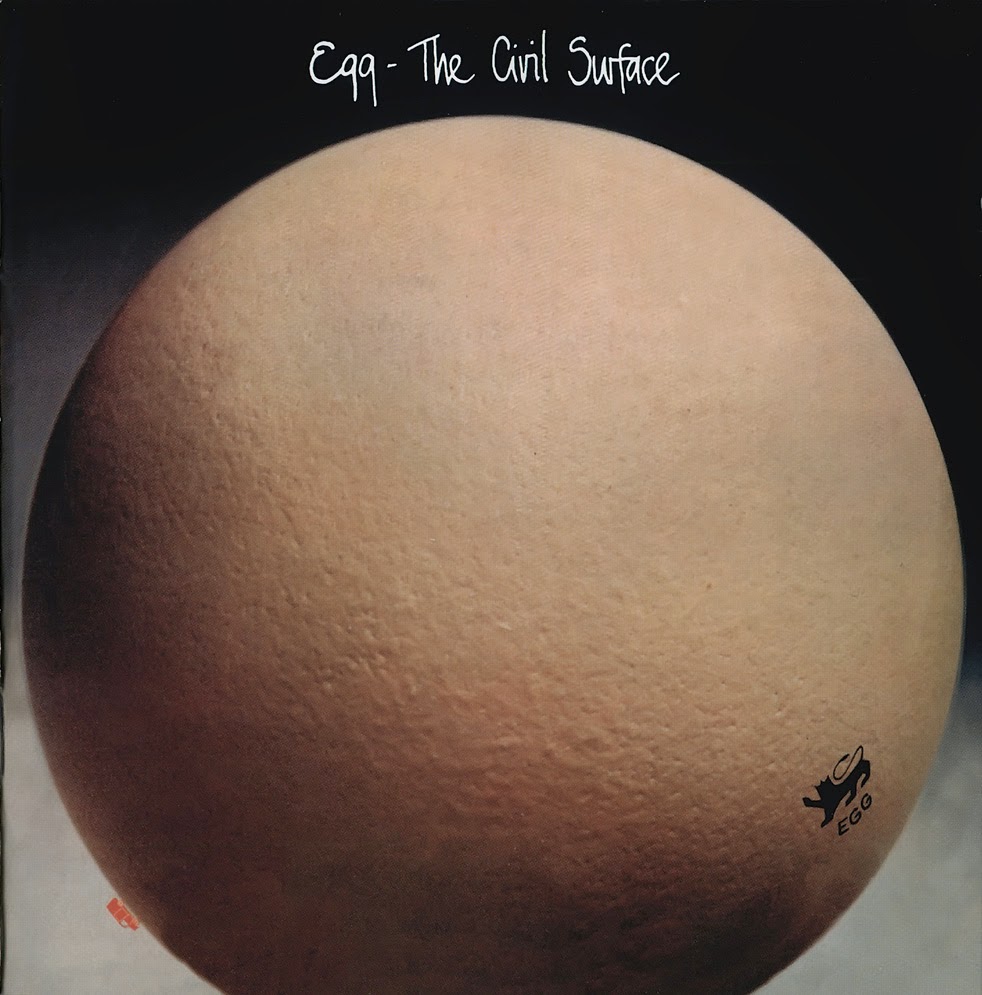 Ever since I came across the work of Andy Tillison a few years, I began hearing more and more about the music of the Canterbury Scene and how it drastically influenced The Tangent. I decided to investigate some groups further on this basis. The Civil Surface is my first foray into the Canterbury genre and it left quite an impression. Egg began in 1969 with the trio of Dave Stewart (organ, piano, bass on Nearch), Clive Brooks (drums) and Mont Cambell (bass, voice, french horn, piano). After two records the group disbanded in 1972. Fortunately, two years later Dave Stewart signed a deal with Virgin Records owner Richard Branson and commenced working on their third album The Civil Surface.

The Civil Surface begins with Germ Patrol. Starting off with a bolero like drum beat, it gradually builds in strength with distorted guitar and organ passages. This theme ends and gives way to a different, complementing passage in the same manner. A good choice for an opener.

Wind Quartet parts 1 and 2, as the names imply, are songs consisting only of four wind instruments (clarinet, flute, french horn and bassoon). The first part serves as a quirky and effective transition between the hectic Germ Patrol and Enneagram. Part 2, however, is much of the same and serves as a somewhat dull ending for an otherwise energetic album. Overall, even though they are a bit different, I enjoyed these pieces and have not yet had the urge to skip over them.

Next up is Enneagram, a complex, instrumental tune much in the same vein of Germ Patrol. It features some excellent drumming by Clive Brooks and skillfull organ and piano playing by Dave Stewart. There is a strong hint of Mahavishnu Orchestra type fusion on this. Excellent track and one of my favorites on the album.

Prelude is entirely organ driven with female vocals. This was the first song that struck me as bearing resemblance to The Tangent. More specifically, Skipping The Distance. The chanting female vocals share great resemblence to those of Sam Baine of The Tangent. Other than a little smile from Deja Vu, I think this is the only real weak moment on the album. In four minutes it doesn't hold its own.

Wring Out The Ground [Loosely Now] is, lyrically at least, one of the stranger songs to have crossed my path. For about two minutes, in one form or another, the phrase "wring out the ground" is sung just about non stop. They also reprise this idea towards the end. Sandwiched in between is a pretty interesting instrumental section that seems to borrow from Gentle Giant and even Yes in a few aspects. Again, very jazzy and more excellent organ by Dave Stewart.

Nearch is also a bit of an oddity. It begins with what seems to be a nod toward Lizard era King Crimson. About two and a half minutes into the song it just stops and for about a minute drum beats occasionally pop up through the silence. I would assume that this is here as a joke of some sort?
A few minor discrepancies aside, I really enjoyed this album. I can't really say I have heard anything quite like it. If you are into older prog like the above mentioned bands, than this is a no brainer. Also, for those like me who are curious to see were many great bands, like The Tangent, got their influence from. Pick this up. Highly recommended.
by Chris Jackson 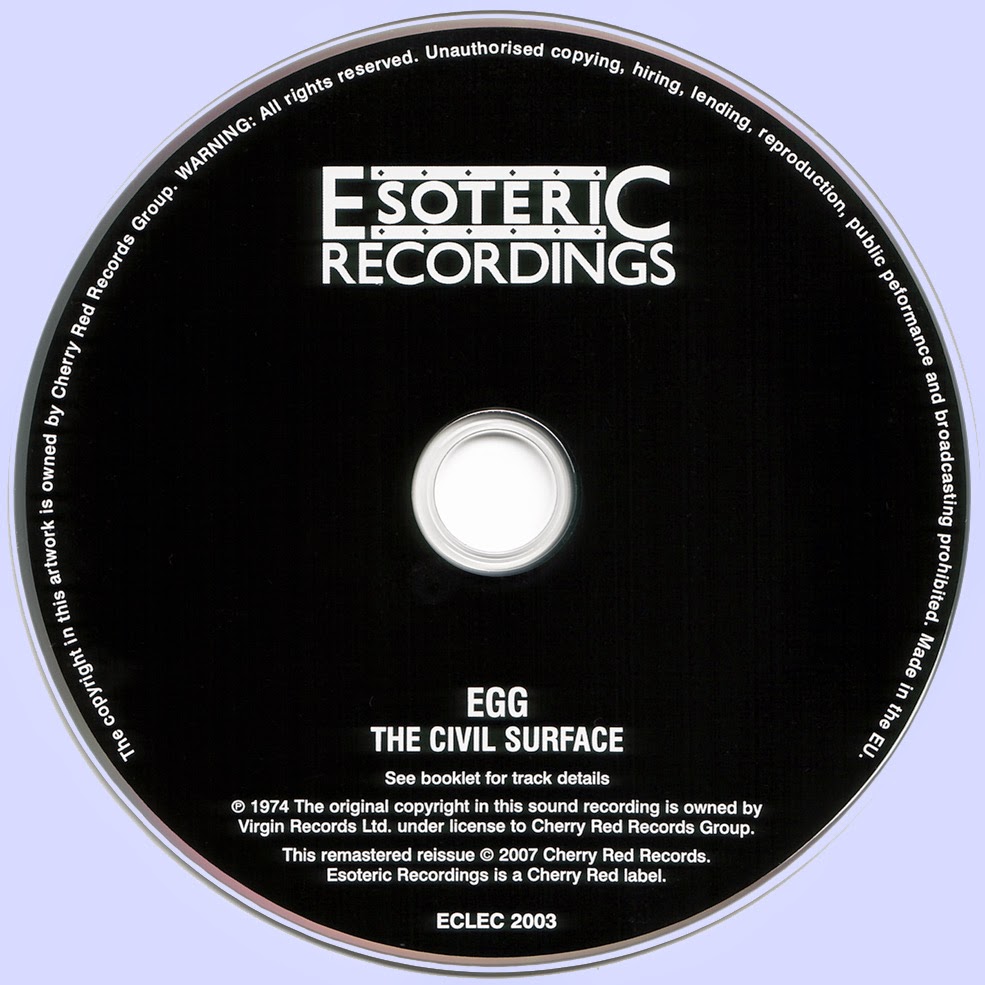 Free Text
Text Host
Posted by Marios at 8:20 AM 5 comments: