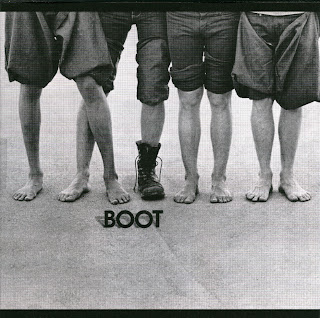 Now here are four guys who had a true passion for rock - sticking together through for twelve years which included several band name changes, hundreds of concert dates, and precious little commercial success. Hailing from Port Richey, Florida, bassist Dan Eliassen and drummer Jim O'Brock put their first band together in 1972.

Originally known as The Kingsmen, they opted for a name change when the Washington-based Kingsmen scored a hit with 'Louie Louie'.  Morphing into The Allusions, Eliassen, O'Brock and a changing cast of players continued to perform at local school dances and teen centers. By 1966 the lineup featured Eliassen, O'Borck, and lead guitarist Bruce Knox and rhythm guitarist Mike Mycz.

They'd also opted for another name change (The Split Ends') as well as moving away from performing largely cover material to penning their own stuff.  Signed by the local CPF Records, they also made their recording debut with a 1966 single  'Rich with Nothin' b/w 'Endless Sun'. The 45 proved a regional hit, opening the door to wider exposure including an opening slot on Dick Clark's Happening '67 tour.  That in turn saw them offered an opportunity to compete on Clark's 'Happening '68 television band contest.

In 1969 the quartet decided on another image and name change - this time adopting the moniker Blues of Our Time - quickly abbreviated to Boot.  With a repertoire of largely original material, the band hit the road playing clubs and concerts nearly non-stop for the next four years.

Released by the Texas-based Agape label, the band debuted with 1972's cleverly-titled "Boot".  Co-produced by Mike Stone and Peter Thomason, the album was recorded in Nashville, Tennessee at James Brown's Starday/King Studio.  With all four members contributing material the album offered up a mixture of blues-rock and blues-rock, with an occasional stab at a more commercial tune.

The band was blessed with three decent singers.  Nothing more than a guess on my part, but judging by the songwriting credits (assuming whoever wrote the track probably handled lead vocals), Mycz seemed to have the tougher-rock voice in the group while Eliassen was gifted with more commercial chops.  Knox fell somewhere in the middle with a modest country-rock feel to his voice.  Knox also showed himself to be n immensely talented lead guitarist - check out his lead work on ''..
Bad-cat 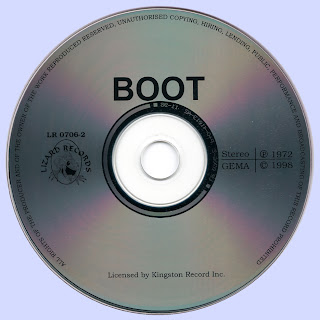