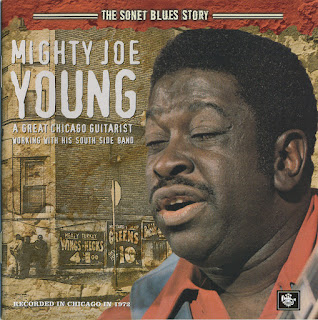 Mighty Joe Young (Young was using the name well before the movie of the same name was released) arrived on the Chicago blues scene from Louisiana a bit late in the game and never really received the critical attention he deserved. Add in health problems related to a pinched nerve in his neck, and Young's solo recording dates were relatively few (he was, however, an active sideman, working for a time as Otis Rush's rhythm guitarist) given his obvious talent as an electric guitarist and as a strong and sturdy vocalist.

This solid set, The Sonet Blues Story, was tracked in Chicago in 1972 and was originally released as part of Samuel Charters' Legacy of the Blues series on the Stockholm-based Sonet Records imprint. It features Young with the rhythm section from his club band at the time: Sylvester Boines on bass and Alvino Bennett on drums, along with Chicago session pianist Bob Reidy, and horn men Charles Beechham (trumpet) and Walter Hambrick (tenor sax). Together they produce a classic South Side sound. Highlights include the elegantly done opener, "Rock Me Baby," a solid cover of Percy Mayfield's "Baby, Please," and a pair of horn-augmented gems, the instrumental soul piece "Just a Minute" and the blues/R&B blend of "Lookin' for You." Nothing here is too flashy, but that ends up being part of the charm.
by Steve Leggett 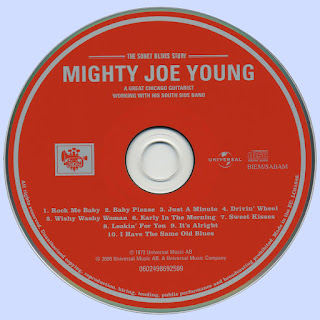