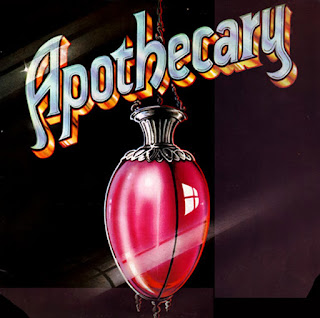 Recorded at East Detroit's G.M. Studios with Wesley Willard and Guy Marasco co-producing, I've struggled to bin these guys.  With all six members contributing to the writing chores, the nine tracks were quite varied.  There were at least three singers, though the lack of performance credits made it impossible to figure who was who.  Listening to the collection I've heard everything including America-styled folk-rock ('People for Peace') pop-rock ('Sometime, Somewhere') and even an occasional foray into non-secular themes ('The Christian').
The one genre I've seen others mention that escaped my ears was progressive.  It's a stretch, but perhaps the weird song structure would allow you to argue 'My Love To You' was progressive (in the same fashion Styx might be tagged progressive).  Elsewhere if these tunes were progressive, my ears missed it.  Exemplified by the opener 'Holding You' , I'd argue soft ballads were not their forte.  That merely underscored the fact these guys were so much better on rockers like the group-penned 'Sunset', 'Fly' and should've been a hit 'Say Goodbye To Me'.
Penned by guitarist Riddiough, 'Say Goodbye To Me' had everything going for it.  Awesome melody, nice lead vocal, nice harmonies, blazing slide guitar work...  If anyone had been paying attention, this would have made a dandy single. 'People for Peace' was a ballad done right.  Beautiful melody built on some first rate acoustic guitars; sweet lead vocals and Mike Houlihan's topical lyrics were subtle and thought provoking. The album's driving melody, 'Fly' reminded me a bit of a mash-up between CS&N and Styx.  I'll give it an extra star for the ARP arrangement and it did generate some energy as it went along.
And finally the bass player gets a shot at the spotlight ...  The aptly titled 'In the End' was actually one of my favorite performances.  If he was the lead singer Block had a nice voice and this slinky country-rocker had an awesome guitar riff.  Note sure what happened at the end of the tune ... sounds like the tape recorded broke down ...
Bad Cat 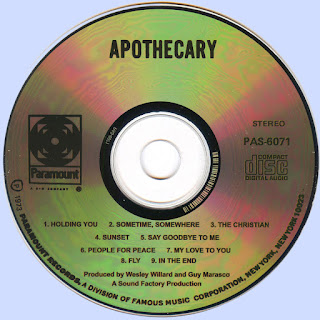