Rankin File was a full-time band during 1971 and 1973, touring in UK and Europe, appearing in folk clubs, concert and festivals.
Ian Rankin was the main songwriter singer and also played guitar, he was born in Edinburgh Scotland, Rick Nickerson is from Canada, he was the bass player and did the backing vocals.
Tony Mitchell was born in Blantyre and grew up in Edinburgh, he was the lead guitarist. Between 1971 and 1973 Rankin File recorded 2 albums, "Rankin File" released by Technicord Records and "Mr Sax" by Folk Heritage records. 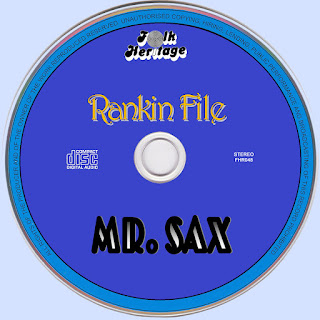