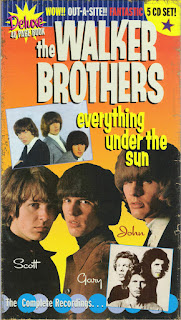 Everything under the sun from the Walker Brothers' studio output is indeed here on this five-CD box set. It not only has everything from their mid-'60s prime on the first three CDs, but also the more neglected (though considerably less impressive) three albums or so they did in the mid- to late '70s after reuniting. There are also 13 previously unreleased tracks from 1961967, as well as a 48-page booklet with a historical essay and oodles of photos and memorabilia. Naturally, like many completist box sets, this isn't for everyone; there's much superb material, but also a good deal of also-ran cuts and covers.

Too, the 1970s material is not only often rather dull pop (sometimes with slight country overtones), but not too similar or compatible with the lush 1960s productions. Plus, to be technical, it doesn't have everything the Walker Brothers issued, lacking the live album they recorded in Japan in 1968 (which, as of the release of this box set, still had not made it to CD). Focusing on the positive, however, this has a lot of quality music besides their familiar hits (which are also all included, of course).

The R&B and soul covers the brothers sang to pad out their releases may not have been their forte, and sometimes the pop ballads were gushy, but Scott Walker's voice (and John Walker's second vocals) usually at least made them pleasant on some level. As for the booming, brooding ballads (with nods to Phil Spector and the Righteous Brothers) at which they excelled, there are plenty of those, including "The Sun Ain't Gonna Shine Anymore," "After the Lights Go Out," "Another Tear Falls," "In My Room," "Everything Under the Sun," "Just Say Goodbye," "Deadlier Than the Male," and others. A few other songs have seeds of Scott Walker's more serious, arty side ("Archangel," "Mrs. Murphy," "Orpheus," "Experience"), and John Walker takes a nice lead vocal on one of their best obscure tracks, "I Can't Let It Happen to You."

The 13 previously unreleased 1961967 recordings don't add up to an unissued album of sorts; they're more an assembly of odds and ends with a bent toward mediocre soul covers ("In the Midnight Hour," "I Got You [I Feel Good]") and pop standards (such as "The Shadow of Your Smile"). Again, however, the vocals make even these erratic leftovers worthwhile to some degree, and a few of the songs are rather good, including the characteristically melancholy "Hang on for Me," the dreamily orchestrated "Lost One," and the relatively upbeat Burt Bacharach-like "I Got Lost for a While." (The writers of all three of those mysterious tunes, incidentally, are listed as "unknown," leaving it open as to whether these were original compositions.) Also among these 13 unearthed items are alternate versions of two songs the Walkers did release, Randy Newman's "Looking for Me" and their big smash "The Sun Ain't Gonna Shine (Anymore)." While these aren't as good as the official versions, they are at least notably different, and it's interesting to hear "The Sun Ain't Gonna Shine (Anymore)" in a considerably tamer, more reserved arrangement.

Other than the obvious similarities in the vocals, discs four and five could almost be the work of a different group than the one heard on the first three CDs. While this latter portion does include their big 1976 U.K. hit "No Regrets," it's tough sledding, with much of it given over to middle-of-the-road covers of the likes of Jimmy Webb, Randy Newman, Kris Kristofferson, and Boz Scaggs. Suddenly, however, the torpor is interrupted by Scott Walker's four originals from their final album, 1978's Nite Flights. They're bleak, piercing, heavily electronic rhythmic numbers, wholly unlike anything else the Walker Brothers did in either the 1960s or the 1970s, and wholly unlike any other '70s Walkers recordings in that they sounded bold and adventurous, rather than just treading water. They're enough, just about, to justify the inclusion of the Walker Brothers' reunion material in the box, though not enough to keep the inclusion of said material from making the box even more erratic than most such complete overviews of major artists.
by Richie Unterberger 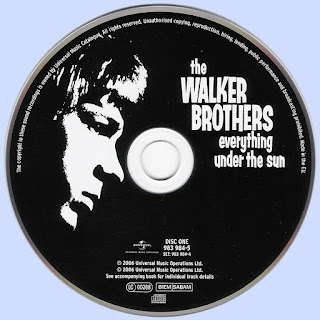 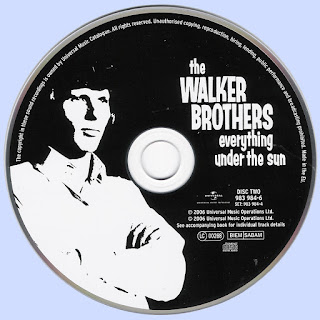 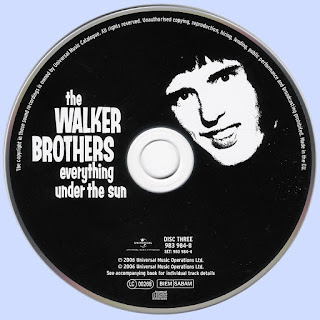 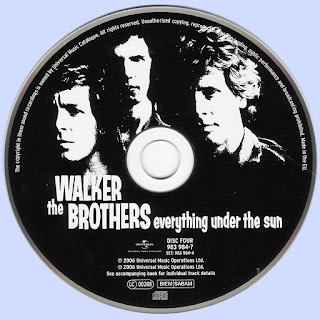 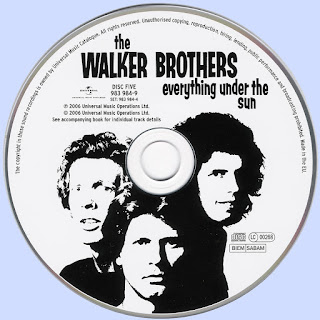 Free Text
the Free Text
Posted by Marios at 7:03 AM 3 comments: