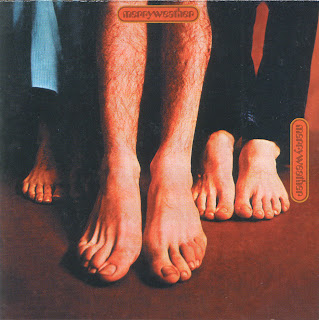 We recorded our first album “Merryweather”. Morey and I set up “Merryweather Music”, and with BMI. The songs I wrote generated some cash advances and I used the money to help support the band.

The band lived in a series of motels and finally found a rehearsal space in Hollywood where we could also sleep. Some months before, Dave Burt met a girl at “Big Pink” and was staying miles away in Reseda most of the time.

I was becoming frustrated with his choices and attitude; there were some tense moments at rehearsals and a petty jealousy was growing. Sadly their history was short-lived, but nevertheless, “Merryweather” made an imprint on the LA scene. They headlined at Thee Experience Club many times, played the Whisky where they shared the bill with “Chicago Transit Authority (Chicago)” and again with “Mountain”. They also played Newport ’69, a 3-day festival at Devonshire Downs with Credence Clearwater Revival, The Byrds, The Jimi Hendrix Experience, Marvin Gaye, Joe Cocker, Ike and Tina Turner, and many others.

Club owner Marshall Brevitz told me that Jimi liked us a lot and on several occasions, he snuck into the back of the club to watch us play. One night, Jimi and Johnny Winter came on stage to jam at the end of our set. Merryweather also played Balboa Stadium in San Diego with “Country Joe and the Fish”, “Chicago”, and “Poco”, and there was even a “Merryweather Day” at Universal City where the band played in the square.

I was working with Robert Lockert, the Art Director at Capitol Records, and photographer Ivan Nagy on the album cover and we were putting together the liner notes – that’s when I decided to become Neil Merryweather. I had previously talked to Morey Alexander about changing my name and mentioned it to our producer John Gross, and they thought it was a good idea. Also, one day as I was sitting on the curb in front of Capitol Records and I met Linda Ronstadt.

We talked about music for awhile and our new deals with Capitol. She was waiting for her producer. When she was leaving, she turned around and said “Nice meeting you, Neil Merryweather”, and I really liked the sound of it!

I put the band together to come to Los Angeles and make a career out of music, so calling myself Neil Merryweather was a logical choice. Through musical history, it wasn’t unusual for bands to be named after the lead singer – some were even named after a member of the band. Nevertheless, as far as I was concerned, "Merryweather" was the whole band and not just me.
by Neil Merryweather 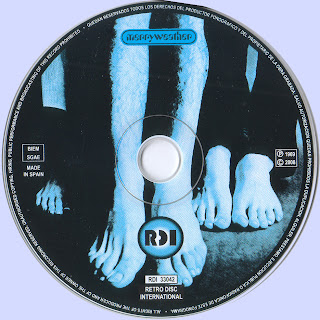