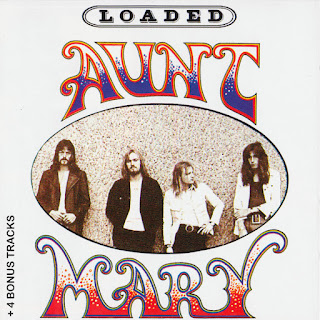 In the summer of ’71 Deep Purple played in Odense, Denmark. And as usual when big names visited the town, Aunt Mary was asked to support. The band performed so well that they were called back for encores. That was not very popular with Deep Purple. It didn’t help much that the audience went ballistic as Aunt Mary started playing Led Zeppelin’s Whole Lotta Love.

Rumours had it that Aunt Mary played in circles around Deep Purple that night. In a later interview, Ritchie Blackmore allegedly should have referred to Bjørn Kristiansen: «A Norwegian guitar player in Denmark. He is one of the few good guitarists I have met. And if anyone should take over the throne (as guitar king), it should be him.» Neither Bjørn nor the other aunts can confirm the truth of this, as they haven never seen the interview.

That same summer Aunt Mary toured with Jethro Tull for three days. The tour opened in Copenhagen, where Ketil Stensvik played a drum solo so popular with the audience that the band were forbidden to play encores. The summer continued with two concerts with Rory Gallagher, one with Ten Years After and two with Muddy Waters.

Johnny Reimar approached the band with an idea: What if the band made a rock version of Marvin Gayes’ "Abraham, Martin and John" and replaced the names with the recently departed Jimi Hendrix, Janis Joplin and Brian Jones? The single became a huge hit, but was refused airtime in Britain by BBC on account of the song characters’ association to drugs. Regardless of the single’s success, the band never saw any money from it.

On May 1972, a new single was recorded in Norway: "Rosalind". On the B-side was the band’s version of Edvard Grieg’s "In the Hall of the Mountain King". This turned out to be the end of this line-up. Organ player and lead vocalist Jan Groth was an active Christian and had found the music and the lifestyle increasingly difficult to combine with his belief. Thus, he decided to leave the band to pursue a solo career as a Christian artist in Denmark.

With Jan leaving, the band no longer saw the need to stay in Denmark, and relocated to their home town Fredrikstad, Norway. They found a brilliant keyboard player, Bengt Jenssen, almost in the neighborhood, and decided that Bjørn should be the bands new lead singer. September 1972 New album "Loaded" produced by Johnny Sareussen in the famous Rosenborg Studio in Oslo, Norway, "Loaded" showed a much heavier version of the band.  It performed very well for an album in that genre and became a huge hit among the fans.
Aunt-Mary 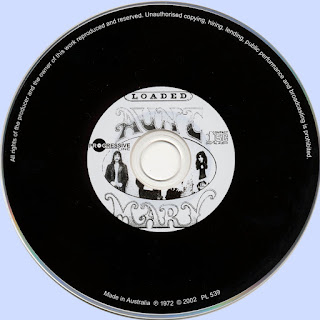