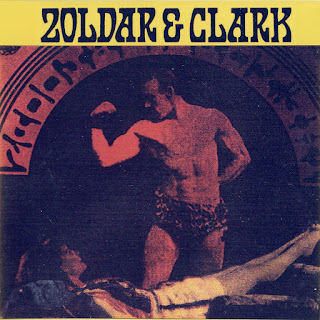 From 1976 to 1978, many albums were released on what is known as "tax scam" record labels, which were sometimes subsidiaries of larger record labels. These albums were printed in very small quantities, but the label would claim that thousands were printed and didn't sell so they could claim them as a major tax deduction. The scam supposedly ended when the tax loophole that allowed it was closed. Most of these albums were from unreleased tapes that these record companies owned or purchased or took, some of which were demos or unfinished albums, and very often the bands themselves didn't even know of their existence as band and song names were changed.

Zoldar & Clark is actually Jasper Wrath in disguise. They recorded two albums after Jasper Wrath that were both released as tax scam albums under the names Arden House and Zoldar & Clark. I've yet to track down Arden House's album Coming Home to listen to that one, but reviews seem to state that it's the weakest of the three. The original album release of Zoldar & Clark contained only 7 tracks, and all songs are excellent, extremely accessible progressive rock with crystal clear lyrics and production like Jasper Wrath. Standouts are the very trippy instrumental "Lunar Progressions," and the 6 and a half minute "The Ghost of Way," which is one of the best songs I've ever heard, full of incredible singing, multiple time changes, tremendous musical diversity and even the occasional mellotron thrown in for good measure.

To add to the confusion, not only has Zoldar & Clark been released on CD in its original 7-track format, but it also exists as an 11-track CD called The Ghost of Way, which contains only 5 of the 7 original tracks, 1 track from the Jasper Wrath album, 1 track from the Arden House album, and 4 tracks unique to that collection, and again, every song is more of the brilliant, accessible progressive rock that would appeal even to people who aren't usual fans of the genre. It's worth getting both versions to have all the tracks as this is essential stuff that would appeal to a very wide audience.
by Gary Bearman 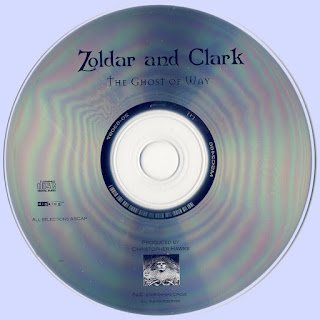 Free Text
the Free Text
Posted by Marios at 5:42 AM 1 comment: