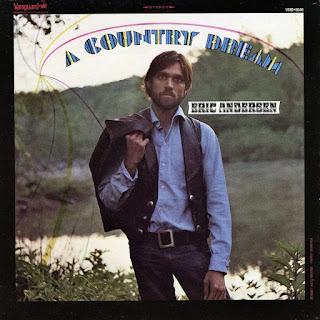 Like numerous folk-rock singer/songwriters in the late '60s, Andersen went to Nashville to record country-rock-flavored material, using some of the city's top sessionmen. Charlie McCoy, Ken Buttrey, Norbert Putnam, and David Briggs are all on this record, which doesn't rate among Andersen's strongest '60s albums. The LP's not so much weak as meek, or pleasantly undistinguished. Even by Andersen's own low-key standards, the mood is mild, the songs drifting amiably without a great deal of force. The cover of Otis Redding's "(Sittin On) The Dock of the Bay" and the instrumental "Smashville Jam" seem like padding.
The Salvation Army comedy of "Devon, You Look Like Heaven" could have hardly been more ill-placed in the running order, following as it does one of the better and most serious tracks, "Deborah, I Love You" (presumably addressed to his wife, Debbie Green). It's not that overt of a country-styled record, though Weldon Myrick makes his steel guitar heard often and Andersen takes a shot at the hit popularized by Hank Williams, "Lovesick Blues." The best song, though, is the concluding six-minute "Waves of Freedom," which is just as tranquil as the rest of the album, but a little more melodic and moving.
by Richie Unterberger 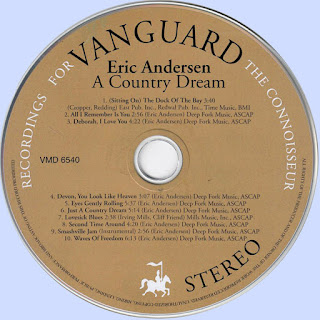