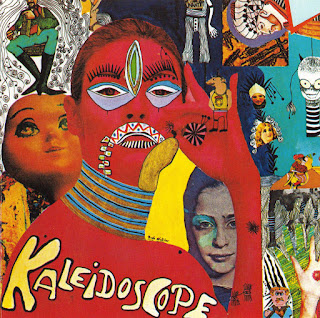 The Puerto Rican band Kaleidoscope, who recorded their album in the Dominican Republic and saw it issued in a promotional run of two-hundred copies on Mexico’s Orfeon label. It’s gone on to become one of the sought after artifacts of the late 60s world-rock scene, with clean copies – when the surface – selling for upwards of $8,000.

Like many American '67-'68 psych-garage obscurities in its morose, frequently minor-keyed blend of ominous organ and fuzz guitars. Yet mucho eccentricity and spontaneity make it more interesting than many such relics. That organ really vibrates with a menace, sometimes like a distant cousin to the Doors, but with a more adolescent, untutored sensibility. Although the vocals (all in English) are often lovelorn laments, they drip with snarling attitude veering from don't-give-a-damn bluesiness to abject self-pity, mixing in a psychedelic sense of disorientation that sets the songs aside from the more conventional romantic lyrics of earlier mid-'60s garage bands.
by Richie Unterberger 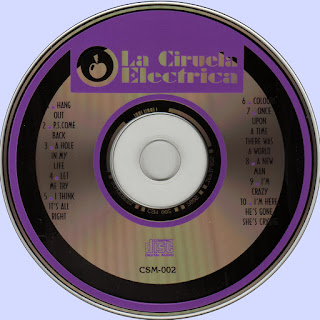 Free Text
Just Paste
Posted by Marios at 5:19 AM 4 comments: