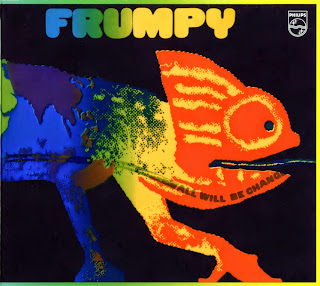 No other artist has had as lasting an influence on German rock music as Inga Rumpf, daughter of a sailor and a tailoress from East Prussia. The vocalist grew up in Hamburg's St. Georg district with the music of Elvis Presley and Chuck Berry. Her smoky, bluesy voice, influenced by icons such as Mahalia Jackson and Nina Simone. fills fans all over the world with enthusiasm to this day. Her seemingly limitless stylistic range has rightfulty earned Inga Rumpf a reputation as Germany's no.1 rock vocalist.

Inga Rumpf's career began in 1965 with a folk act called City Preachers, who soon had a considerable following thanks to their mix of folk, blues, country, gospel and jazz. She recorded three albums with the group and continued to use the name after a disagreement with founder O'Brien Docker and a subsequent fundamental line-up change. Along with bassist Karf-Heinz Schott and organist Jean-Jacques Kravetz, she was supported by the young drummer. Udo Lindenberg. In spring 1969, Lindenberg was replaced by Carsten Bonn, who insisted on a tougher direction. This led to the foundation of Frumpy m 1970, the name having been discovered by the musicians in a CBS record catalogue.

Frumpy soon sparked Phonogram's interest, and Rumpf and Co. were sent to the label's own studios in Hamburg and Hilversum to record their debut album. All Will Be Changed. "The record company had been impressed by our live shows and wanted us to record the LP in the same style. That's why we recorded everything live," Inga Rumpf recalls. "We didn't have much time anyway, that's why one week between two shows had to be enough for the whole production."

All We Be Changed saw the band gear their music to established international sounds, but they immediately found their own style thanks to the ever-present drone of a Hammond organ and Rurnpf's unique voice. They initially worked without a guitarist, allowing keyboardist Joan-Jacques Kravetz to rotate the powerful Leslie rotor. In the beginning we were happy enough as a quartet. I played and composed exclusively on an acoustic guitar," explains Rumpf. "It was only later that we began to write songs that called for a guitar."

The national press initially eyed Frumpy with the typical skepticism of that time towards anybody who made rock music on German shores. *"Long live boredom. We can only hope that Frumpy are serious about the whispered promise, 'all will be changed*, toward the end of the record, because a total musical change would definitely be called for," Sounds magazine concluded in 1970, unable to acquire a taste even for Inga Rumpf's soulful, husky voice. Hardly one year later.  Rumpf was voted best German female voice in the same magazine.

Unimpressed by such ambiguities Frumpy continued lo work on their career, appearing. among other venues, at the legendary Pans Olympia and the Lyceum in London, one of Hie most important British clubs, and embarked on a 50-show German tour. Rumpf: "To start off with, we played every club, disco, cultural event and festival where people still knew us from our City Preachers era. This changed as soon as the audience felt our musical identity.

We even moved the crowds opening for Spooky Tooth and other British groups and soon developed into a top act ourselves." Yet the musicians did not gain riches, which Inga Rumpf takes in her stride; "Occasionally we went homo without being paid or with an IOU because the promoter had run off with the cash. But I didn't need a lot in those days. I was only interested in singing, songwriting and composing,"
by Matthias Mineur 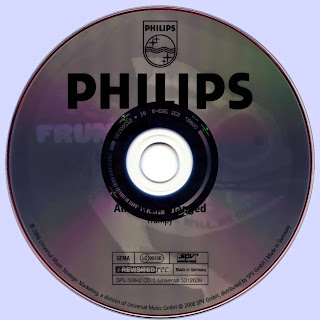 Free Text
Text Bin
Posted by Marios at 3:43 AM 3 comments: