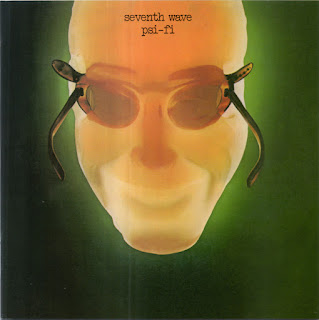 By the time they came to record Psi-Fi it seems that Seventh Wave were suffering something of an identity crisis. The back of the album sleeve depicted Elliott, O'Connor and producer Neil Richmond decked out in glitzy costumes and face paint suggesting they had jumped on the 70’s glam-rock bandwagon. And this time rather than it being a two man effort they brought in a host of guest musicians that included Hugh Banton (Van Der Graaf Generator), Pete Lemer (Mike Oldfield) and Steve Cook (Gilgamesh). Ironically, with the exception of bass player Cook, the guests duplicated the contributions of Elliott and O'Connor (keys, vocals and percussion) suggesting that the music was intended to be reproduced live utilising a full band (minus a guitarist of course).
If there was an identity crisis as I suggested earlier then it also carried through to the music on Psi-Fi. Although there were fewer tracks this time around (10 in total), overall the album was a more fragmented affair with quirky pop and funk tunes rubbing shoulders with prog-rock extravaganzas. Compare the opening and closing tracks for example where the bubbly vitality of Return To Foreverland is in stark contrast to the epic grandeur of the exotically titled Star Palace Of The Sombre Warrior. Whilst retaining the pomp and grandeur of the first album, it seems that Queen and David Bowie had gate crashed the party.
Although Star Palace may have been the single best thing ever recorded by Seventh Wave, overall Psi-Fi for me didn’t reach the dizzy heights of Things To Come. Perhaps the lasting legacy of Psi-Fi is that it was a pre-curser of the synth-pop boom that would follow a few years later with the emergence of bands like Ultravox, OMD and later the Pet Shop Boys. The lively Manifestations for example is very much a forerunner of The Buggles’ Video Killed The Radio Star whilst there is also similarities between Seventh Wave and Howard Jones both in the vocal department and in the harmonious fusion of upbeat pop and keyboard based prog.
There’s no telling in which direction Seventh Wave would have developed had they stayed the distance. In a recent interview Elliot relates a story whereby they were approached by Peter Gabriel to become his backing band when he originally left Genesis but this fell through when the increasingly unreliable O'Connor failed to show for the audition. Although it’s impossible to predict how long the band’s career would have lasted had circumstances been different, I find it hard to imagine how they could have ever bettered Things To Come. Re-mastered from the original studio tapes, this 2CD digipack retailing at a tantalisingly low price is an excellent reminder of one of the most innovative but shamefully overlooked bands of the 70’s.
by Geoff Feakes 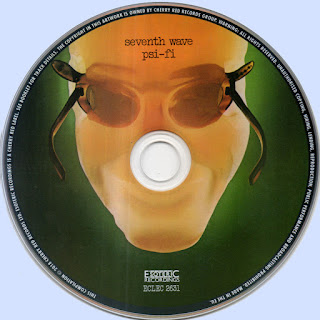