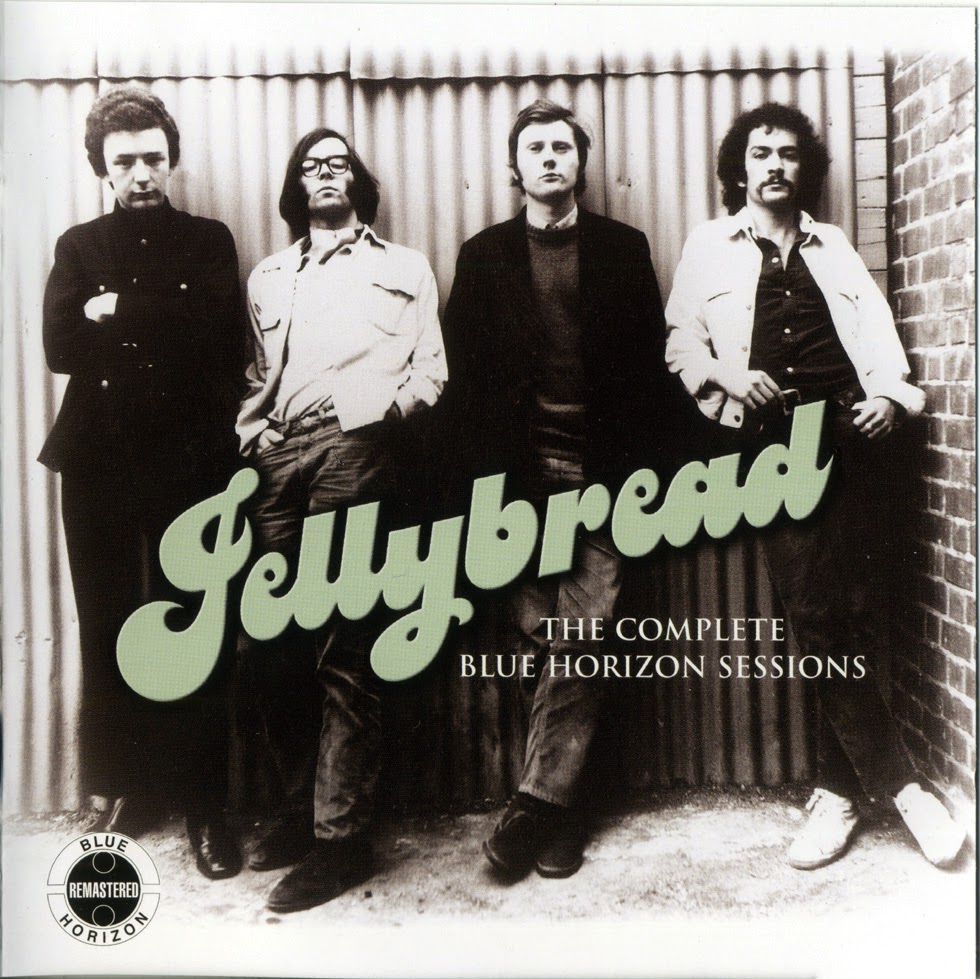 In 1968, John Best posted a notice in the Common Room of Sussex University advertising a search for members to play in a band. Those accepted were Pete Wingfield (keyboards and vocals), Paul Butler (guitar and vocals) and bassist John Best (because, as he says, "I put the notice up"). Drummer Chris Waters heard 'the blues' coming from upstairs in the Union Building's music practice room and realised the trio had need of a drummer. John Best was born 20 December 1948 near Dorchester, Dorset. During his early school years, he learned to play piano, violin and clarinet but lost interest in music until a school friend sold him a bass guitar.

After teaching himself to play the guitar, John found himself in one of the Sherborne School bands, Style 5 that played parties during the holidays. Occasionally, he filled in for another school band, called Four Pillars of Wisdom. The guitarist was Henry Marsh (Toast) and drummer Jeremy Irons (the actor). Upon leaving school, John moved to London and went to work at EMI in Hayes. John then enrolled at Sussex University to study engineering. The course was linked to EMI and during holidays he would work as 'button pusher'. (His parked car is on the cover of the Beatles' "Abbey Road".) Paul Butler was born in Ranikhet, in the Himalayan foothills of India on 1st July 1946 and was raised by his grandmother in the Andaman Islands, where the family owned coconut plantations. Paul then moved to what is now Bangladesh and attended Jesuit school before moving to England in 1958.

The family's interest was jazz, as was Paul's, until he discovered rock and roll on the radio. But the R&B scene of Greater London finally caught his attention, and harmonica playing Paul formed his first band, The Turnkeys, in 1963. Paul discarded the harmonica and turned to guitar, fronting a band The Kleek. Later he would be at Sussex University. Pete Wingfield was born in Hindhead, Surrey on 7 May 1948 and began playing piano at an early age. His early influences were Winifred Atwell and Russ Conway but he soon discovered rock and roll. While at Wellington College, Pete was a member of various groups, first playing a Hohner Pianet and then Farfisa Organ. He left school in 1966 with plans to enroll at Sussex the following year. Pete then visited the US and travelled by Greyhound bus planning to see as much of the country as possible. He visited Stax Records in Memphis, and saw James Brown, B.B.King, The Temptations and The Vanilla Fudge at various venues throughout the US. Chris Waters was born 28 August 1946 in Peckham, S.E.London.

While in grammar school, he joined the Combined Cadet Force, playing the snare-drum. Chris also took lessons from a pro jazz-drummer, leading to the formation of The Beat-Routes. His record collection consisted of many of the home grown jazz bands, some of whom he saw at local pubs. Chris joined Sussex University in 1964 and after graduating in 1967, spent the summer in Lower East Side New York with an American girlfriend. He returned to Sussex University to take a Literary MA course. Jellybread was formed by the four to have fun and earn a bit of money. The band began to build a reputation, both in the Brighton area and on the nationwide University Student Union Blues Club circuit. John Holbrook, who had been guitarist with Wingfield in their various college bands, was a trainee disc-cutting engineer at IBC Studios in Portland Place. Holbrook snuck the group into Studio 2 in February 1969 while the office staff were out and recorded six tracks, wiping the multi-track after they were finished, in order not to leave any evidence.

A 12" boot-leg style album of 99 copies was released and sold on campus and at gigs. Further pressings occurred as demand always out-weighed supply. The album brought Jellybread to the attention of Blue Horizon, the band were signed and were at CBS Studios recording their album "First Slice". "Chairman Mao's Boogaloo" was pulled from the album but did not have any more success than their album. A second single also flopped. The third "Rockin' Pneumonia and the Boogie Woogie Flu" received a fair amount of airplay and good reviews. "Old Man Hank" almost made the charts. The band continued as semi-professionals, since they were all still attending university. Fellow students James Atkinson and Richard Sanders acted as road crew driving the group throughout the UK for a night-time gig and then rushing back to attend morning classes. In mid 1970, following honour degrees for all six of the Jellybread entourage, the decision was made to go professional.

A second album " Sixty Five Parkway" with all original material was released, under Blue Horizon's new distributorship, Polydor. Shortly after, Pete Wingfield was offered a job with Keef Hartley. Chris Waters, with family commitments, returned to teaching. Paul Butler recruited guitarist Rick Hayward and drummer Kenny Lamb. With the new line-up, the "Back to Begin Again" album was recorded. Kenny and John then departed and Paul regrouped, signing to Transatlantic, but nothing came of the association and the group disbanded.
Forty Five Cat 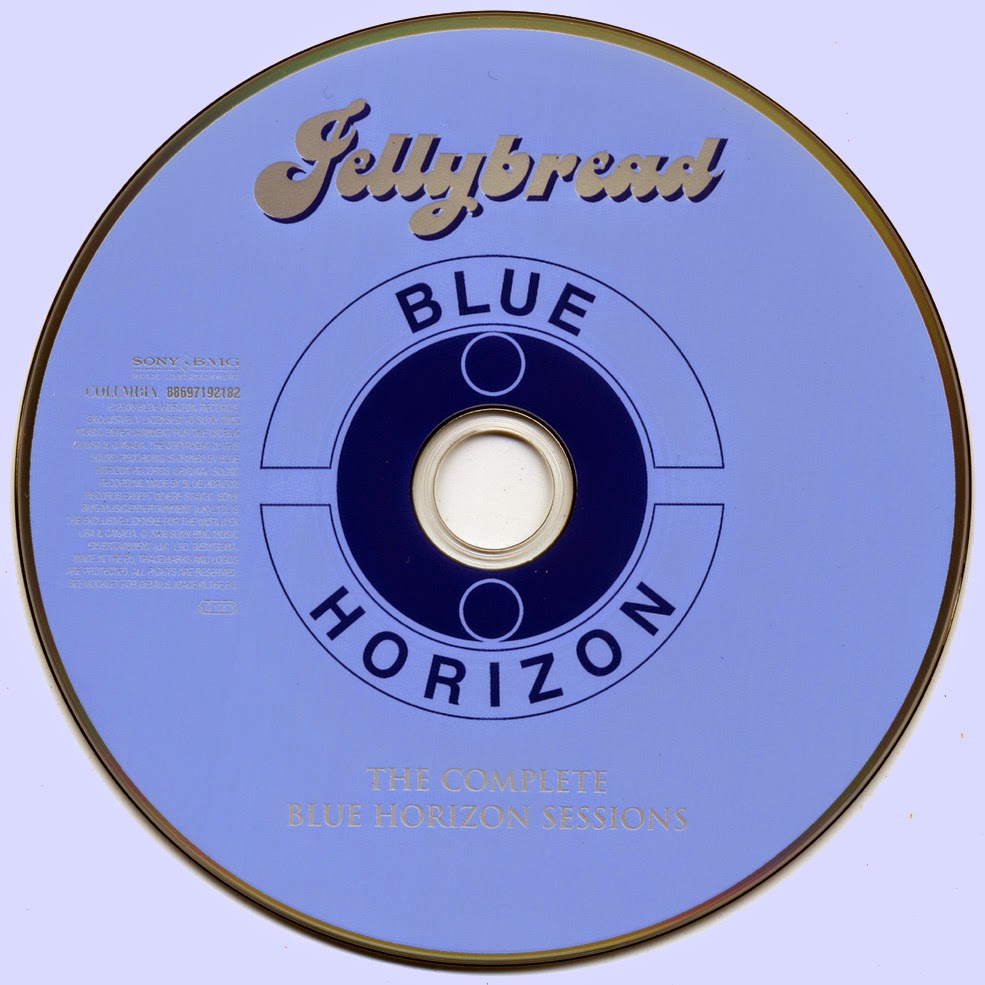