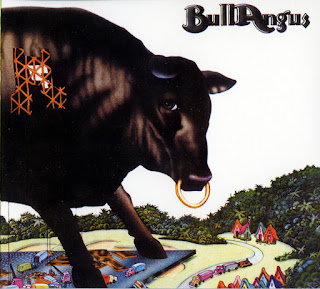 Bullangus came together in the late-1960s with most of the members having paid their dues in various Hudson Valley, New York outfits such as The Oxford Watchband (Previte), The Pyramid (LaFalce and Venditti), and The Revells (Piccolo).  The name came from a farm they rented as a rehearsal site in Rhinebeck, New York which was surrounded by nearby Angus farms.  Club dates and extensive local touring caught the attention of Mercury which signed them resulting in the release of 1971's cleverly titled "Bull Angus".  Produced by Vinny Testa, the album featured a first-rate set of all-original hard rock.  Largely written by the team of  Previte, LaFalce, and Paolillo, nothing here was particularly original, or groundbreaking, but by the same token all ten tracks were uniformly strong and enjoyable.

Opening up with 'Run Don't Stop' the album started with a blazing rocker that had all; pounding rhythm, killer melody, crushing guitars, and a nice vocal from Previte.  Kicked along by Piccolo's organ, and Previte's snarling vocals, 'Mother's Favorite Lover (Margaret)' always reminded me of Deep Purple - okay Previte's jazzy recorder solo wasn't a Deep Purple-ish trait.  Great subject matter to boot; a mom with lesbian tendencies.  The subject matter's always been a mystery to me (though kind of ominous), but 'Uncle Duggie's Fun Bus Ride' sported a catchy melody, some killer lead guitar, and showcased the band's killer harmony vocals.

In marked contrast to the rest of the album, 'A Time Like Ours'  found the band pursuing a distinctive progressive direction.  Mind you, propelled by some nifty twin lead guitar from LaFalce and Paolillo, it wasn't pompous ELP-styled prog, rather stood as one of the unexpected album highlights.  The song was also interesting for showcasing the band's unexpectedly tight harmony vocals.  For some reason I've associated 'Miss Casey' with Spinal Tap.  I'm assuming that the song wasn't meant to be humorous, but within the confines of this 7 and a half minute song the band somehow managed to cobble together all the elements that are now associated with hard rock song - screaming lead vocals, dumber-than-dirt, hyper sexist lyrics ("you're my morning do"), cart wailing organ, blazing twin lead guitars, Cro-Magnon bass, and multiple time changes.

Penned by LaFalce, 'Pot of Gold' was the most mainstream and commercial track.  With a strong melody, a great lead guitar pattern, and some wonderful harmony vocals, this one would have made a dandy FM hit.  Coming as a totally unexpected surprise, the acoustic ballad 'Cy' showcased the band's 'sensitive' side.  Beautiful song with fantastic acoustic guitars and it even included a but of scatting. Time to get heavy ...  'No Cream for the Maid' (hysterical title), found the band shifting their standard metal moves to incorporate some progressive moves.  Such hybrids usually fall flat on their faces, but these guys were talented enough to pull it off resulting in one of the album's best tracks.
Bad-Cat 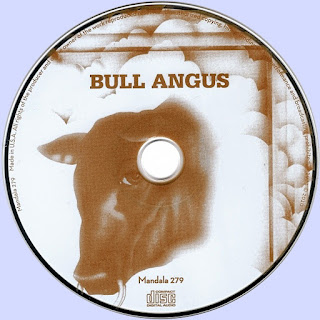 Free Text
the Free Text
Posted by Marios at 5:00 AM 3 comments: