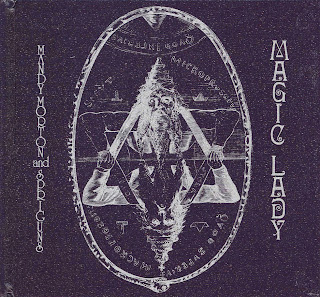 Mandy Morton led much more the band away from the limitations in creativity of folk and even folkrock visions, but kept the whole typical linear heritage of England’s culture, with references to Renaissance and medieval times that brings an idea of magic, giving that way more colour and depth in background to the inspirations.

Sandy Roberton did the production. He produced before the early folk/folkrock albums of Steeleye Span. Especially on the opener “Dead Man’s Eyes” we can hear a comparable approach of an influence of folk mixed with a straight rock rhythm. The lush orchestrations on “All Before” by Robert Kirby* are comparable to some Sandy Denny tracks, while especially on the closing track, “Letter to a lady” the arrangements that confirm the old England blossoming days with bassoon and such, are most impressive.

Most arrangements are definitely making the best of a singer-songwriting vision, with tracks that have rather progressive or often crafted even at times with its own subtleness, heavy rocking arrangements. I must also mention how Mandy also has a beautiful coloured voice and singing and a personality and vision that give this album a masterly musically conceptual vision, which made this album an essential classic.
Psych-Folk 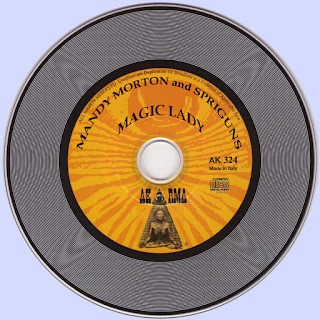 other Spriguns
1977  Time Will Pass

Free Text
Just Paste
Posted by Marios at 11:23 AM 5 comments: