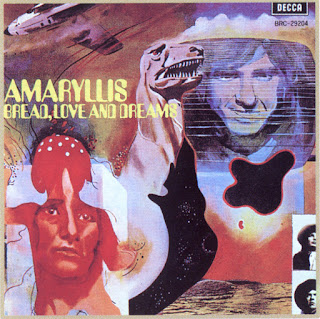 On Bread, Love and Dreams' third and final LP, their approach hadn't changed much since their 1969 debut album, aside from expanding the production some and getting into more ambitious song structures. It still hovered between British folk and British folk-rock, and the genteel pleasantry had an acoustic guitar base, but was sometimes embellished by added instruments like organ, electric guitar, and percussion. The big adventure on this outing was "Amaryllis," a suite of songs that took up all of side one. It sounded much like their other work save for the length and the fairly inscrutable lyrics. It was delivered and constructed in a manner suggesting an epic and/or a journey, yet ultimately in such a vague and impressionistic manner as to be impenetrable as to its specific intention.

Side two went back to separate, more standard-length songs, and this worked better, with "Brother John" the most haunting piece on the record. At times, as on "Circle of Night," there's a resemblance to some of the work of Bert Jansch and Pentangle, though the similarity isn't incredibly strong. Ultimately it was pleasant but unmemorable U.K. folk with a few pop and rock touches, the songs sometimes seeming to be trying to bite off more than they could chew in their wrestling with abstract and philosophical images and stories.
by Richie Unterberger 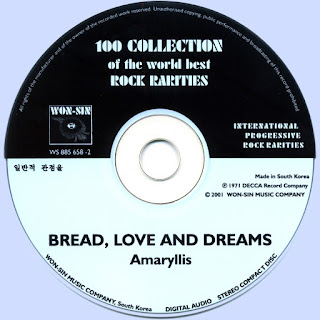 Posted by Marios at 7:14 PM No comments: