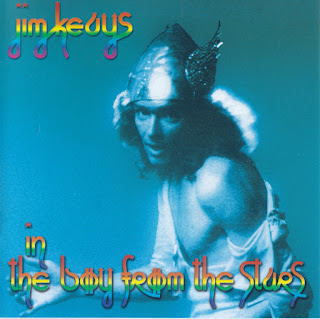 Jim Keays fronted the successful Master's Apprentices until they broke up in the U.K. 1971. This marked a career change and he returned to Australia, where he worked for Go-Set magazine, formed the Rock On Agency, and appeared at the Mulwala Rock Festival in April 1972. In March 1973, he starred in the Australian version of the Who's Tommy and in January 1974, Keays participated in the third annual Sunbury Festival.

Keays then returned to music, recording his debut solo album, The Boy From the Stars, a concept album about an extraterrestrial visitor who attempts to warn people of the earth's imminent destruction. Keays, playing the role of the boy from the stars, wrote most of the music and all of the lyrics. "Kid's Blues"/"&Inter-Planetary Boogie" (December 1974) and "The Boy From the Stars"/"Take It on Easy" were released as singles and Keays undertook an ambitious tour in support of the album, but due to the size of the show, only three concerts were staged.

The anti-drug song "Give It Up"/"Love Is" was released in June 1975. He then formed Jim Keays' Southern Cross with Mick Elliot, Rex Bullen (keyboards), George Cross (bass), and Rick Brewer (drums). They released a reworking of the Masters Apprentices' "Undecided"/"For Someone" in December 1975, by which time the lineup had changed to Peter Laffy (guitar), Ron Robinson (bass), and John Swan.

In 1977, Keays formed the Manning/Keays Band with Phil Manning. The next year, Keays formed the Jim Keays Band with Ron Robinson, James Black (guitar), and David Rowe (drums). Guitarists John Moon and Geoff Spooner replaced Black, and by 1979, the band had evolved into the Keays with a revamped lineup of Moon, Bruce Stewart (guitar), Peter Marshall (bass), and Nigel Rough (drums). In early 1980, the band began recording an album which was never finished due to Stewart's ill health. The single "Lucifer Street"/"The Living Dead" was released and the band broke up.

The unfinished album was finally released in 1983 as a solo Jim Keays project titled Red on the Meter and "Lucifer Street" was re-released as a single. Keays then began working as a DJ until a new deal with Virgin in 1987 saw him fly to the U.K. to record with producer Craig Leon (the Ramones, the Bangles) and ex-Sweet guitarist Andy Scott. Two singles were released from the sessions: "Undecided"/"Dubcided" (July 1987) and "Reaction"/"Bates Motel" (October 1987). The Masters Apprentices then re-formed until Keays issued his second solo album in 1993, Pressure Makes Diamonds, on the Gemstone label. BMG reissued the album in mid-1994, after which Keays revived the Master's Apprentices again.

Keays and his fellow Master's Apprentices bandmembers were inducted into the Australian Record Industry Association (ARIA) Hall of Fame in 1998. In 1999, Keays published his first book, His Master's Voice, which told the story of the Masters Apprentices. In January 2000, Raven Records reissued Keays' 1974 solo album, The Boy From the Stars, with five bonus tracks. The Mavis's contributed a cover of "The Boy From the Stars" to the original soundtrack of the Australian film Sample People in May 2000.
by Brendan Swift

Jim Keays passed away on Jun 13, 2014, he had been suffering from Multiple Myeloma for seven years. 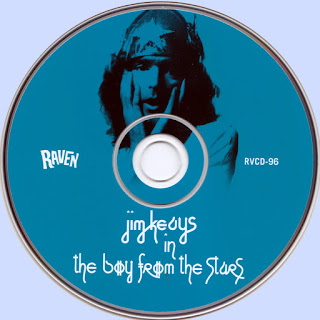