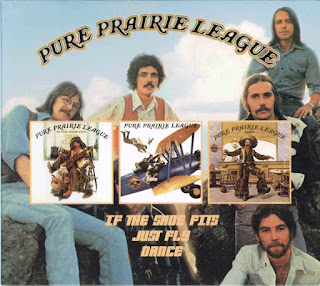 On 1976's "IF THE SHOE FITS" features the same PPL line-up, though this time the band members co-wrote much of the material with each other, giving the whole album a more cohesive vibe.  However, that’s not apparent from the opening revival of the Crickets’ That’ll Be The Day, which sounds at odds with the rest of the album—despite it being a rather good rendition. That is the only outside song, though Sun Shone Brightly was penned by Tim Goshorn, younger brother of Larry, who was to join the band a year after the album was recorded.
DANCE maintained the same soundscape, driven by some infectious tunes like the opening title song that features horns and the loping Catfishin’ with some inspired Dobro work. The gentle, harmony-inflected In The Morning is a particular long-time favourite of mine with guest Andy Stein’s fiddle up-front and prominent. This collection closes with JUST FLY, from 1978, which was to be PPL’s penultimate RCA album. On this one steelie JD Call had been replaced by Tim Goshorn and the lack of steel, Dobro and banjo was most noticeable, and for me ranks as possibly their weakest RCA album. Despite that, there are some enjoyable moments to savour such as the acoustic-styled Slim Pickin’s and the easy-listening vibe of You Don’t Have To Be Alone. There’s also a revival of Lee Dorsey’s Working In The Coal Mine, which doesn’t work at all.
Pure Prairie League moved on in 1980 to Casablanca Records and with various personnel changes have continued to tour and occasionally record right through to today. In 1985 Craig Fuller rejoined and he has remained very much the lynchpin of PPL with their most recent recording being 2005’s ALL IN GOOD TIME. A long overdue look back at this underrated band, and overall an impressive and enjoyable listening experience.
by Alan Cackett 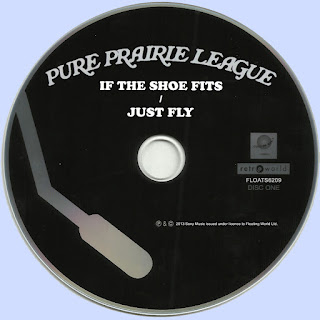 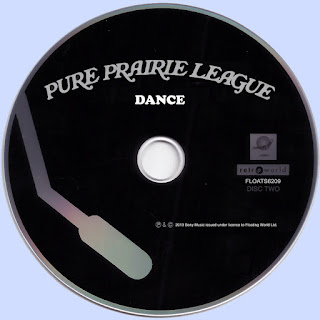