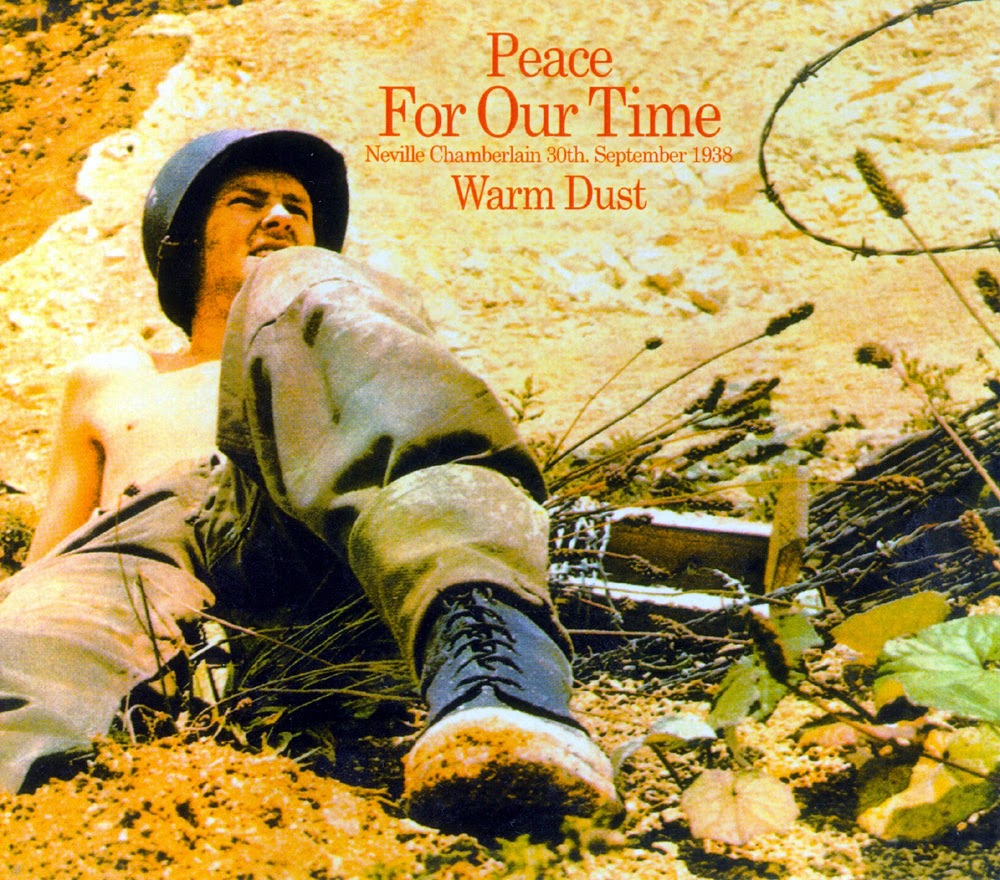 "Peace For Our Time" Warm Dust ,have titled their second album. This quote from Neville Chamberlain, with Selbiger statement to waiting journalists held out the contract paper of the Munich Agreement of September 30, 1938, and apparently a soldier Performing Cover suggest it to know: The LP is a concept album or against the war and its consequences (eg, hunger and environmental degradation).

Each of the tracks begins with a brief spoken introduction, in a historic, mostly war-related event is described, followed by a moral world-improving warning or confirmation. Underlaid the whole thing each with a slightly dissonannten sound jumble of different instruments and threatening organ Wabern. With the Munich agreement mentioned just now it starts, then follow inter alia Pearl Harbor / Hiroshima, the Korean War, the Russian invasion of Czechoslovakia and Vietnam before is read to the last track, the "Constitution Of Life" by Timothy Leary. But this musical program actually does not match the serious subject. An almost cheerful, easy-fuzzy jazz rock is to come out of the speakers that can not deny a certain relationship to simultaneous productions of Canterbury.

Most accentuate rather gentle, just behave roaring organ tones this music, rhythmic support from a pretty powerful bass and drums. In general, the sweeping solos and duets of the two blower from working on various saxophones and flutes, oboe and clarinet at. Sometimes sounds even once a vibraphone, a jazzy piano or a guitar solo, rarely gets really rocked level. The somewhat silly Honky Tonky number "Wrote A Letter" and the final "Peace Of Mind", a ballad worn with longer oboe solo, but do not fit into this scheme. Dransfield Walker no longer sings more than ever on "And It Came To Pass", but his voice will occasionally be electronically altered. But when he sings, he acts quickly affected and intrusive. "Peace For Our Time" is a pretty decent album in which (in my opinion) the underlying concept does not really fit the music, and from today's perspective anmutet a little naive. Nevertheless, one has to acknowledge the dedication of the group.

Warm Dust but are at their best when they jazzy rock in the form of long sequences, the lines of the various instruments devour complex, as in the middle of "Justify The Things Your Hands Have Done". The rest of the album is very nice, not necessarily surprising, but certainly not bad.
by Adamus67

The second album from UK '70's prog band warm dust - Peace For Our Time - highlights their jazz rock fusion sound with several War themes. The sax really stands out counterpointing the organ nicely and combined with some great vocals shows how Jazz fusion should be played.

Peace For Our Time” is an excellent progressive album with strong vocals, long sax and flute instrumental sections and good organ work. Several tracks like “Rejection” and “Wind Of Change” veered towards jazz but one, “Wrote A Letter”, was an acoustic bluesy number with interesting lyrics. 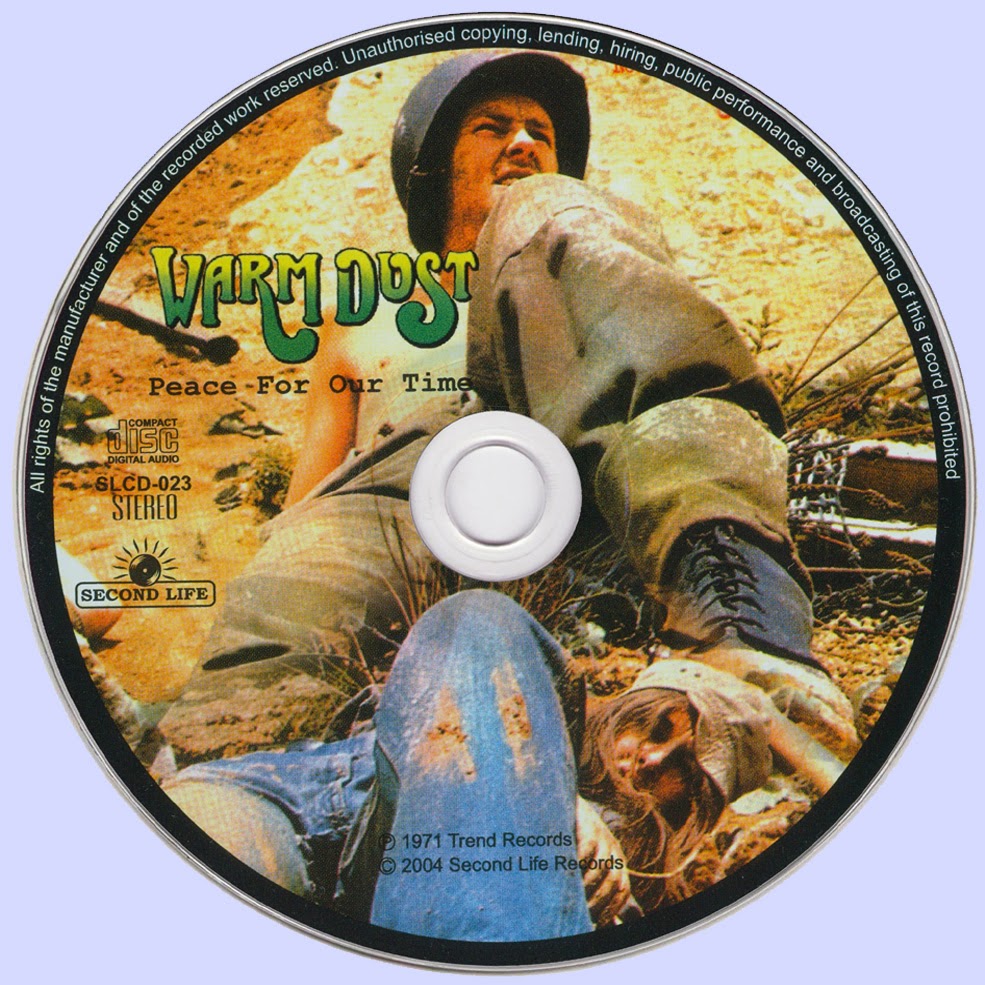