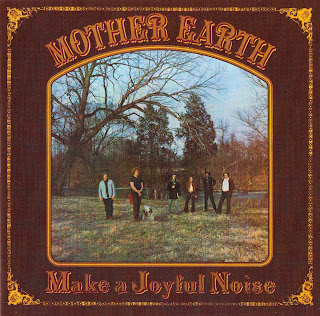 Mother Earth has to be one of the best American rock and roll bands to have ever been forgotten. A hot act in its day, it seems folks have tended to overlook the group in recent years. Perhaps the band’s aesthetic center in 1960s blues and soul music makes them just a little too straight for today’s “forward-thinking” music listeners more hip to the weird, experimental sounds of bands like Faust or The Incredible String Band than righteous electric combos like the Paul Butterfield Blues Band (now that I mention it, East/West really does beg review on these pages). No matter, though; let us take the first steps in reintroducing listeners to the wild, rootsy sounds of Mother Earth.

Make A Joyful Noise is the band’s second album, and marks a clear evolution in the band’s dynamic by containing both a “city side” and a “country side,” the latter recorded in Nashville with legendary pedal steel player and country music producer Pete Drake. Whatever new angles the band was introducing to their sound, however, they certainly hadn’t lost sight of their strengths, for there is soul enough aplenty across both sides of this collection. Dig the explosive opening number, “Stop the Train,” starring part-time Mother Earth shouter The Reverend Ron Stallings. Though the band is best remembered for Tracy Nelson’s fiery vocal talents, they were actually an extraordinary collaborative ensemble, also including among their ranks the enigmatic Powell St. John, occasional lyricist with The 13th Floor Elevators and whose stunning “The Kingdom of Heaven” the band had recorded the year before.

The “country side” here introduces Tracy Nelson’s talent for Music City soul, which would really shine on her first solo record Country, itself recorded around the same time as the Pete Drake selections on Joyful Noise. The band’s recording of Doug Sahm’s slow-grooving “I Wanna Be Your Mama Again,” a song purportedly written with Nelson in mind, really cooks and includes some tight picking. Dig the way the fiddle, pedal steel and electric guitar weave together during the instrumental breaks; rocking, rolling, backwoods bliss. Powell’s lazy, West Texas vocal spot on “Then I’ll Be Moving On” further highlights the appeal of the communal group organization, one which would eventually be discarded when the band turned into Tracy Nelson and Mother Earth.

All of the early Mother Earth albums are go-to records for me when I’m in the mood for beautifully honest, down-to-earth music (and yeah, I reckon that’s pretty often). If you’re really digging the rhythm and blues here, look for a copy of the band’s follow-up Bring Me Home; if you’re more into the country half, you absolutely need to get your hands on Nelson’s aforementioned solo record. Fortunately for all, every one of these records are still in print and readily available.
by Nik Rayne 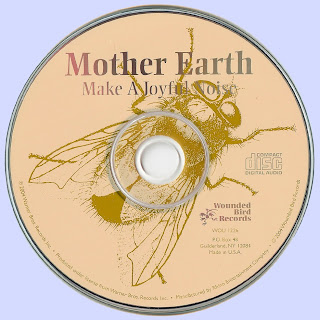 Free Text
the Free Text
Posted by Marios at 8:46 AM 1 comment: