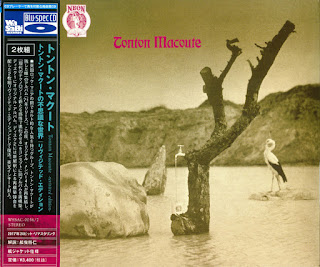 Tonton Macoute, is a British progressive rock band, founded in 1970 in the County of Berkshire. The saxophonist and vocalist Dave Knowles the bassist and guitarist Chris Gavin had already played in various bands in Berkshire County when they met the organist Paul French and the drummer Nigel Reveler, who had a similar career as musicians in the north of England , The quartet received a record deal from Neon Records, a sub label of RCA, which relocated especially in Progressive Rock.

The debut album by Tonton Macoute came out in 1971, it remained the only original release of the band. The music of Tonton Macoute is strongly influenced by jazz, so the band could simply regarded as a progressive rock band as well as a jazz rock band.

Among the highlights are 'Just Like A Stone', that has some rocking piano and backbeat drums. 'Don't Make Me Cry' is a real jazz fusion odyssey, while the spooky 'Dreams' is laden with vibraphone textures. The swinging 'You Make My Jelly Roll' has young French singing in Frank Sinatra mode. Twin extended performances 'Natural High Parts 1 & 2' explore classical, rock and blues themes in a style that epitomises the band's musical sophistication.

Paul went on to form Voyager who charted in 1979 with a song entitled Halfway Hotel. They released 3 albums too, before disbanding in 1982. They have recently reformed to release the album Eyecontact. He performs regularly at The Piano, 106 Kensington High St. Dave formed his own band Turbo in the 70s and now lives in Cornwall. Gavin went on to practice fine art and photography, but still plays regularly in the Newbury area. Nigel has a successful career within the record industry and currently runs a distribution company Active Media.

In the recent decade, Paul French has been to reform Tonton Macoute to produce more material. His thinking in producing a new depiction of this album, was to imagine how the band would have sounded in the modern age and with more time to perfect the original tracks.

Unfortunately Dave Knowles passed away in 2015 before it all came to fruition, but his contribution is acknowledged here and in the music itself. The remaining three members and Dave's successors are very much behing this new album. 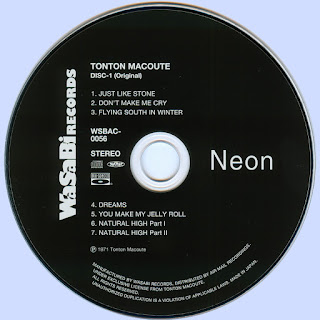 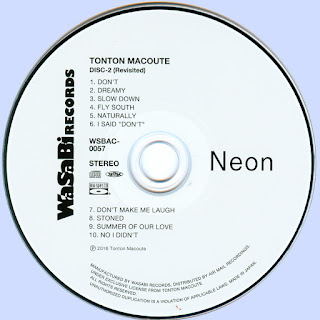 Free Text
the Free Text
Posted by Marios at 10:54 AM 3 comments: