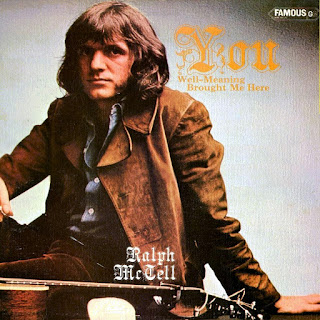 You Well-Meaning Brought Me Here is generally considered Ralph McTell's finest album; it is also one of the best albums of the singer/songwriter movement of the early 1970s. Gus Dudgeon (Elton John) was enlisted as producer, and he brought in guitarist Caleb Quaye, as well as Roger Pope and, on mandolin, Davey Johnston. The sessions also featured soon-to-be-famous keyboardist Rick Wakeman and arranger/conductor (and future David Bowie producer) Tony Visconti, among others. Like Dudgeon's early Elton John records, You Well-Meaning Brought Me Here had a restrained production in which the added instrumentation and string arrangements were only used to support McTell's vocals and acoustic guitar.

The songs made for a loose concept album that began with creation ("Genesis I Verse 20"); continued with primitive man ("First and Last Man"); and, while taking in love ("In Some Way I Loved You"), drinking, and celebration ("Lay Your Money Down"), man's best friend ("Old Brown Dog"), and war ("Pick Up a Gun"), merged into the singer's own autobiography. The second half of the album revolves around character and story songs, but the whole album reflects McTell's broad experience, especially of some of the seamier sides of life. In that sense, the substitution on the American version of the album of his most famous song, "Streets of London," for "Chalkdust," which appeared on the British version, was an appropriate one, since it fit with the sympathetic depictions of other poor people on the record. McTell's calm singing and the discreet touches of Dudgeon's production gave these portraits even greater depth, making this a singularly impressive work.
by William Ruhlmann 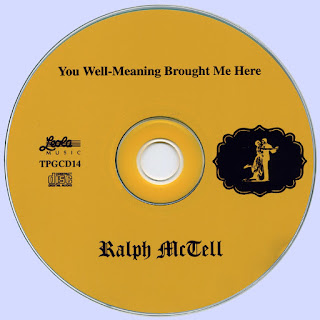