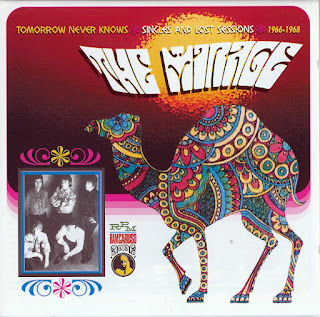 Although an unauthorized Mirage CD compilation (You Can't Be Serious) combining some of their singles with unreleased material made its appearance around 2000, this official anthology is preferable for its better sound quality and thorough liner notes. Tomorrow Never Knows -- The Pop Sike World of the Mirage: Singles & Lost Sessions is still not a complete document of the group, featuring just six of the tracks that appeared on their eight singles (some of which were issued under different names than the Mirage), though it does offer a whopping 17 unreleased cuts, some of which didn't show up on You Can't Be Serious.
As a band obviously inspired by the Beatles, the Hollies, and to a lesser degree by the Who and the Kinks, the Mirage were more convincing emulators than most, though they still weren't as original or as inspiring as their role models. The best comparison might be to the Hollies as they were moving from British Invasion pop to psychedelia-influenced pop -- there's more ambition at work here than the average British Invasion group, but it's not nearly as far out or cutting edge as the Beatles and the Who were by the late '60s. If you're looking for comparisons, some of them are in-your-face; "You Can't Be Serious" can't fail to bring to mind "Nowhere Man"-era Beatles with a dash of the Hollies.
Meanwhile, the demo of "Lazy Man" is a rip-off of "Rain"; although it was rearranged so that the similarity was far more subtle by the time it had been re-recorded for a 1967 single, the rearrangement in turn borrowed heavily from the Who circa "Happy Jack." There's also their brave interpretation of "Tomorrow Never Knows" for a 1966 single, and while that track has its novelty value as a cover of a Lennon-McCartney tune rarely done by other artists, its far more basic rock arrangement can in no way stand up to the brilliant psychedelic original.
The Mirage's strongest suit was probably their slightly spooky, almost churchy story-songs, like "The Wedding of Ramona Blair" (the most famous of their official 45s among '60s collectors) and "Mrs. Buzby." These are strong enough to make this release of some interest to those who treasure that time when British Invasion pop/rock, mod, and psychedelia crossed to some extent, though the Mirage were more competent executors of those trends than innovators.
by Richie Unterberger 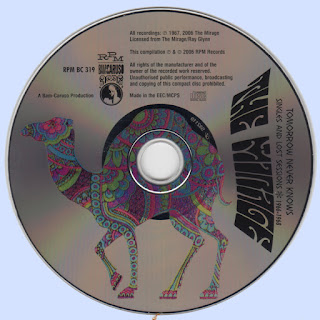