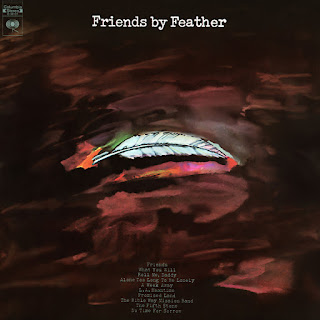 Feather actually has an interesting history.  The line-up featured the talents of singers/guitarists Mike Collings and Roger White, along with drummer Dan Greer, singer/keyboardist Johnny Townshend and bass player Steve Woodward.  Collins and Rogers had previously recorded an album and a pair of singles for Dot Records under the name Catch.  Townshend had been a member of the Alabama-based The Rubber Band and a band called The Heart (not to be confused with the Wilson sisters) which recorded a couple of obscure singles and opened for Jimi Hendrix on a brief US tour.  After their respective bands had collapsed, Collings, White and Townshend apparently ran into each other in Southern California and started jamming and writing. With the other members, they recorded some demo material and as "Feather" they were signed to Clint Eastwood and Snuff Garrett's Viva label, making their debut.
Columbia Records then came calling, signing the group to a contract which saw the release of the Adam Ross produced "Friend By Feather". In addition to the earlier single, the album contained a likable mixture of country-rock moves and more commercially-oriented pop moves.  Collings and White were esponsible for the majority of the ten tracks, but drummer Greer and bassist Woodward also contributed to the songwriting chores. Musically the set wasn't particularly original with individual songs reflecting such influences as CSN&Y, Moby Grape, Poco and Mark Lindsay and The Raiders.  It made for one of those fun spot-the-influences albums. In this case the absence of creativity wasn't a major drawback since the album was packed with energetic performances, catchy melodies and some great vocals. Being blessed with at least three strong singers in Collings, Townshend and White certainly didn't hurt the band. At least to my ears, at least half of the tracks had top-40 potential with the classic kiss-off tune 'What You Will', the Loggins and Messina-styled rocker 'Roll Me Daddy', The Raiders-styled 'Along Too Long To Be Lonely' and the funky 'The Fifth Stone'  providing some of the highlights.  Fun from start to finish.
As far as I can tell, this version of 'Friends' is essentially the same song as the earlier singles. A nice, upbeat country-rockiish number, the song sounds a bit like a cross between CSN&Y and Poco. A major surprise, 'What You Will' retained the group's country-rock leanings, but this time around wrapped them up in a much heavier rock arrangement, including an intriguing set of "kiss-off" lyrics, a great melody, nice harmony vocals, and one of the album's best guitar solos.  This is one of the tunes I would have tapped as the single. 'Roll Me Daddy' aptly demonstrated the band could handle a straight-ahead rocker. Great title track refrain. This one's always reminded me of a good Loggins and Messina tune. A heavy pop tune with more hooks than most albums contain, 'Along Too Long To Be Lonely' definitely had top-40 slapped across it. Imagine the kind of song Mark Lindsay and the Raiders always wanted to write and you'd have a feel for how good this one was.
With a "cutesy" lyric, and a blue-eyed soul vibe,'The Bible Way Mission Band' was another one that sounded like something out of The Raiders catalog.  I'm a sucker for this kind of stuff so I loved it. The lyric's always been a puzzle to me, but 'The Fifth Stone' had a wonderfully funky groove that suddenly exploded into a nifty folk-rock feel and then piled on the album's best fuzz guitar work. A nice up-tempo country-rocker, 'No Time for Sorrow' blended a catchy melody; nice lead guitar and the band's sweet harmonies on one of the album's catchiest performances. Easy to see why this one was tapped as a single.
Bad Cat 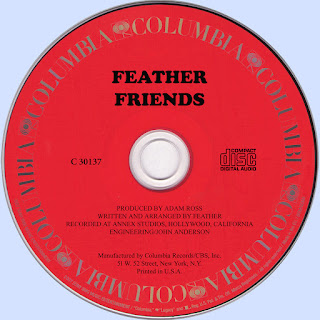