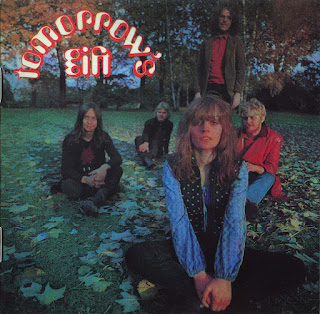 Tomorrow's Gift were responsible for the first release (of only three totally) on the Plus label (owned by Miller International). Like Frumpy and Joy Unlimited, they were a blues and soul-rock band who 'turned on, tuned in and dropped out' to the progressive music at the end of the sixties (but remained faithful to their roots). Both mentioned bands had female vocalists, as had Tomorrow's Gift: Ellen Meyer. Arguably she didn't have a voice as strong as Inga Rumpf, but hers was good enough to serve the music. The rest of the band members were: Carlo Karges (guitar, percussion), Manfred Rurup (organ), Wolfgang Trescher (flute), Bernd Kiefer (bass) and Olaf Casalich (drums). Casalich was later replaced by Gerd Paetzke. This was really a band of future talents, three of the members being still teenagers. Their eponymous double album had a typical vintage progressive sound. There were powerful long tracks with plenty of guitar, organ, flute and drum solos, Ellen Meyer's vocals were comparable to those of Janis Joplin.

The production (courtesy of Jochen Petersen (Ikarus), possibly his first production ever) was unpolished and some of the material a little rough around the edges. It would have been better to edit the material down to a single album! There is more than an album's worth of live material by Tomorrow's Gift issued on the two festival samplers, 'Pop & Blues Festival '70' and 'Love and Peace'. The first one had a 20-minute version of Donovan's "Season Of The Witch", re-titled "Sound Of Which" (sic!), interspersed with very long, sometimes chaotic instrumental parts. Still it is a good example of their raw live sound. The latter had another 20-minute track: "At The Earth/Indian Rope Man" and the shorter "Begin Of A New Sound". Both concerts were recorded before their debut album.

The five-piece Tomorrow's Gift split up in 1971, but Manfred Rurup and Bernd Kiefer (bass) kept the band going. They recruited "Zabba" Lindner (drums) from Sphinx Tush and recorded 'Goodbye Future' (1972) as a trio, an ironic title considering the name of the group! This album was technically better, as the engineering and production were handled by Konrad Plank. The sound of Tomorrow's Gift had changed completely and now leaned towards instrumental jazz-rock with forceful keyboard and bass interplay. It was indeed a very varied album: Canterbury-influenced jazz-rock with improvised free jazz parts (a bit comparable to the first Annexus Quam album), general Zappa-esque weirdness and musical jokes. The album wasn't released until a year after the recordings were completed.
from Cosmic Dreams at Play 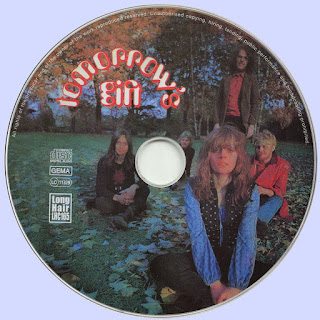 Free Text
the Free Text
Posted by Marios at 6:06 AM 1 comment: