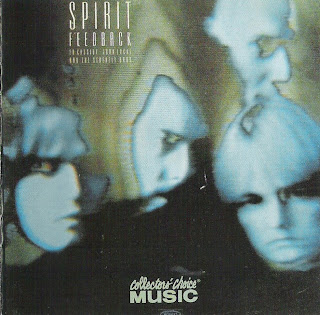 Feedback is one of the strangest happenings in rock, more dramatic than Michael MacDonald taking over the Doobie Brothers, but more successful artistically than it was financially, and a chapter of the group that is sadly forgotten. The original band was produced by Lou Adler and built around guitar prodigy Randy California, and a bit of history is in order to understand this hybrid project. David Briggs, producer of Kathi MacDonald, Alice Cooper's Easy Action, and Neil Young, helped the band forge their classic Twelve Dreams of Dr. Sardonicus and was retained for this follow-up.

"Witch," the final track on the disc, is typical of this new Spirit sound, a fusion of pop/jazz/rock with a dab of country. It would have been a perfect blend for Randy California to step back into, though his ego might have been the stumbling block here. In concert, this version of Spirit was serious and precise, playing with a cool efficiency. David Briggs was the perfect guy to oversee this project, allowing the musicians their space and developing a true counterpart to The Twelve Dreams of Dr. Sardonicus, considered by many to be the band's highpoint.

The cover is in eerie aqua blue with the faces looking like spirits peering out of a distorted television. The gatefold contains a band photo and a smart evolutionary image for this eclectic and underrated West Coast band. Here's the clincher: musically, some of the best work on Feedback are the two instrumentals by keyboard player John Locke, "Puesta Del Scam" and "Trancas Fog-Out," fragments of the original "Spirit" performed by this new quartet.

The stuff is brilliant, and that it was excised from Time Circle is a pity. It was this writer who put Epic/Legacy in touch with Randy California in the development of 1991's Time Circle compilation project, and certainly the elegant "Darkness," the third John Locke title, deserved to be included on that double disc, and some representation of this remarkable work would have been appropriate rather than nine whopping cuts from The Twelve Dreams of Dr. Sardonicus. Jo Jo Gunne guitarist Matthew Andes (brother of Spirit's Mark Andes) co-wrote "Mellow Morning" with Al Staehely, and it, along with "Right on Time" and "Ripe and Ready," all display the Spirit vibe, even hinting at some Jo Jo Gunne, as strange as that may seem.

The Cassidy/Locke/Staehely/Staehely combo added enough jazz to Spirit to temper the all out assault that was Jo Jo Gunne, and therein lies the difference. This is not David Bowie's ex-drummer and bassist forming the Spiders From Mars; keep in mind that Ed Cassidy was not only the band's insignia with his Yul Brynner look, he was this group's spiritual leader. As Randy California's step-dad, it's a shame he didn't get more firm with the boy and demand they all be "the family that plays together."

Had the Staehely brothers and John Locke stayed on board for Cassidy and Randy California's next project, the erratic Potatoland disc may have mutated into something totally brilliant. The best of Al Staehely, John Locke, and Randy California would have been truly something. Feedback is a solid performance and remarkable album which deserves its place in the Spirit catalog, and not the status of bastard son. It is a legitimate Spirit project and it is very, very good.
by Joe Viglione 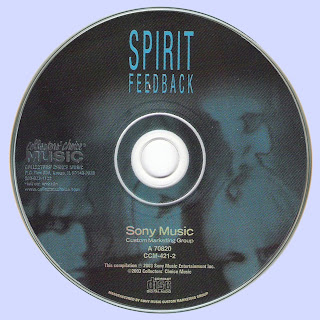 Free Text
the Free Text
Posted by Marios at 6:47 AM 1 comment: