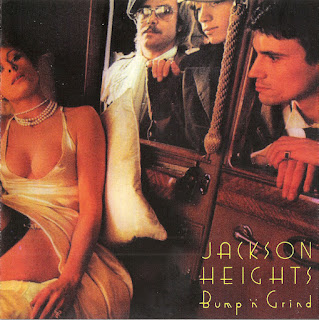 Adding a new drummer to the line Up (actually three in the form of Michael Giles, Ian Wallace and Ian Paice -yes the Purple man- in one song),  band struggled on releasing a fourth studio set "Bump 'n' Grind" before calling it quits at the end of 1973.

In "Bump and Grind" the intention of Jackson Heights was a return to somewhat simpler, less bombastic music. By the time the band was ready for this album, that intention had already been thrown overboard, probably for an important part by the record company, which began to crumble the harrowing lack of commercial success. Too good for the rock scene, not hit sensitive enough for the pop charts, the band fell out of the way everywhere. A somewhat fuller, more commercial sound was therefore in order.

That is, in retrospect, actually the greatest merit of "Bump" and "Grind": the album sounds incredibly good in this polished version, a richly produced album. That is partly due to the large orchestra that accompanies the band in a number of tracks. Those numbers are beautiful pop songs of the classic kind.

Jackson subsequently partnered with Swiss keyboard player Patrick Moraz in the band Refugee (made even more ironic given Jackson had previously tried to recruit Moraz for a late inning version of Jackson Heights).  Frustrated with the business, he dropped out, relocating to Los Angeles where he lived until the early 1990s.  Back in the UK he resumed a somewhat low-keyed musical career focusing his time on the blues oriented Ginger Pig Band and occasional Nice reunions.

Chatton hooked up with Ian Anderson in the short-lived Fragile, played in Boys Don't Cry, Uzlot (with Yes' Jon Anderson), toured with John Miles, Meatloaf, and others, wrote material for others, became an in-demand studio player, recorded a couple of solo efforts, and enjoyed success as a talent scout/manager 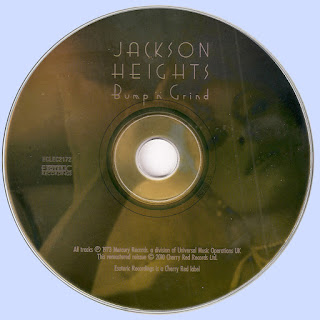 Free Text
the Free Text
Posted by Marios at 8:24 AM No comments: