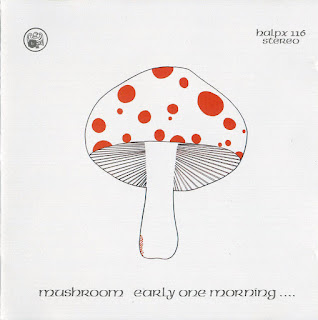 This rare album by this obscure early-'70s Irish folk-rock outfit is in some ways quite similar to the brand of British folk-rock pioneered by Fairport Convention in the late '60s and early '70s. Traditional Celtic folk-flavored melodies are given both delicate and hard-rocking treatments, the standard rock instruments given a British Isles folk tinge with embellishments of violin, electric mandolin, harpsichord, tin whistle, wind chimes, recorder, and bodhran. The similarity isn't extreme, however, as to start with, the production is far funkier and more homespun -- not a bad thing at all, but a trait that needs to be noted in case you're expecting something on the order of Fairport's Full House. Just as crucially, there are definitely more influences from pop, psychedelia, and progressive rock in Mushroom's particular spin on the British Isles folk-rock genre. While at times this is very much in the rapid-fire, lickety-split, ferociously rocked-up reels'n'jigs style that Fairport and such often used in the early '70s, there are also some nearly exquisite passages of melancholy Celtic folk balladry with a mild contemporary rock slant, such as "Tenpenny Piece" and the title track.

Then there's the psychedelic guitar sustain and wah-wah weaving around the violin in "Crying," which otherwise would be a rather standard British late-'60s pop/rock song. And there's also the almost berserk keyboards of "Johnny the Jumper," where Fairport-style folk-rock meets the distorted roller rink sounds of early-'60s Joe Meek productions. It's far more naïve a record than Fairport Convention or Steeleye Span ever made, and less vocally and instrumentally accomplished, not to say more rudimentarily produced. Yet for those very reasons, it's a fairly nifty relic in the genre, if only because it's not just an emulation of obvious influences, but a somewhat odd and original twist on the format.
by Richie Unterberger 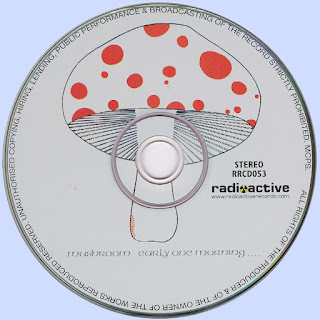