After All - After All (1969 us, brilliant prog jazzy blues psych rock) 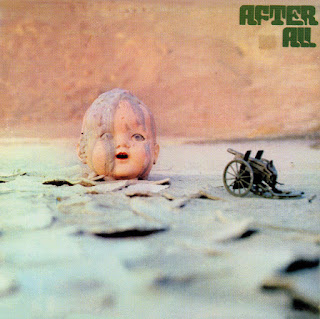 After All may have only been a band in the loosest sense of the term, but its only record is a quite wonderful -- if ultimately difficult to categorize -- one-shot relic of the transitional late-'60s. The four members of the combo were actually friends and acquaintances in different bands on the Tallahassee, FL, rock circuit before culling their skills together, along with lyrical assistance from young local poet and songwriter Linda Hargrove, when an opportunity to record an album in a Nashville studio presented itself.

The resulting piece of work is the type of strangely compelling hybrid album that could only have come together in the musical gumbo of the post-psychedelic era. Drummer and primary vocalist Mark Ellerbee wrote most of the music, and his songs are basically freeform, open-ended tone poems that eschew typical verse-chorus and melodic considerations (although the odd melodic hook or harmony surfaces from time to time) for music that is much more amorphous and improvisational. There are elements of rock, R&B, blues, progressive, classical, avant-garde composition, and, to an even greater degree, jazz weaving through the music, while a thick hallucinatory cloud hovers over the whole of the album, giving it an oddly surreal and even ghostly demeanor. It is a complex and ambitious mix that doesn't always come off seamlessly, but is by and large an engaging amalgam, exploring similar territory to that being investigated during the period by much higher profile bands such as Chicago, Procol Harum, and Blood, Sweat & Tears (Ellerbee's singing, in fact, is a dead ringer for David Clayton Thomas).

Each band member displays near virtuosity on his instrument, which allows After All to harness all its sonic influences and renders the music exciting to hear even when the songwriting drags the slightest bit or loses its way. But, for the most part, the songs are rather outstanding. "Intangible She" and the psychedelic "A Face That Doesn't Matter" play with the foreboding, seedy flair that frequently made the Doors' songs seem like such ominous musical prophecies, while "Blue Satin" is a bit more swirling and romantic but maintains an edgy sense of intangible mystery, represented by the flute that threads through the song's final moments.

"Let It Fly," on the other hand, is pure groove, and maybe the best example of the band's playing capabilities (if not the best song), while "And I Will Follow" builds a slow, tensive burn to match the yearning nature of the lyrics before turning more wistful. Hargrove's beautifully lustful and longing words frequently create an interesting tension with the spacier instrumental interplay, and the music is even more enigmatic as a result. After All is not easy to fully enter, but it is well worth the effort. As obscurities from the era go, it may not be one of the most fascinating, but it may have some of the most accomplished musicianship.
by Stanton Swihart 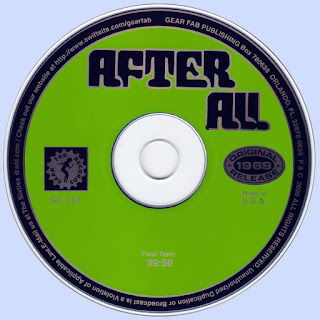