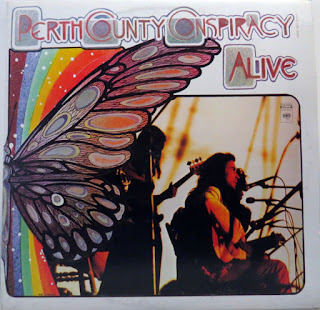 Recorded at Toronto's Bathurst St. United Church, 1972's "The Perth County Conspiracy Alive" was a live, 13 track double album set.  Largely acoustic, the performances were all surprisingly good, showcasing some nice vocal harmonies and the band's penchant for crafting exceedingly pretty melodies. All of that came as a surprise to me since I didn't expect these guys to sound nearly as tight.  Highlights included the opening Dylan cover 'You Ain't Goin' Nowhere', the pretty ballad 'Broken Wing' and the radio friendly 'Take a Look at the Light Side' (the latter track being one of the few that seems to have undergone significant post-production work).

The fact that these guys actually had a sense of humor ('Stratford People') was an added bonus.  While the set had a lot going for it, one minor complaint stems from the emphasis on pained ballads which eventually started to take a toll on listeners (or maybe I'm just not sensitive enough).  For what its worth, the album would have benefited from a couple of up-tempo numbers.  Once again produced by John Williams, the set sported crystal clear audio and sounded marvelous on a good stereo, or headphones.
Bad-Cat 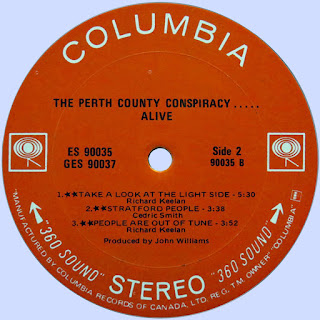