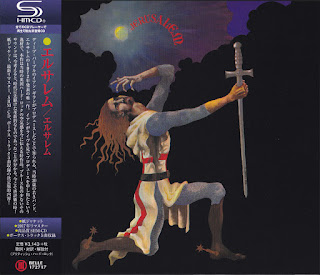 Round 1966 two high school classmates, Paul Dean and Ray Sparrow, in Salisbury, Wiltshire, England, put together a local amateur band along with Chris Skelcher. They began as a trio, after a while Chris left and guitarists Bob Cooke and Bill Hinde came to join the band. They recorded a demo which eventually reaches in Ian Gillan's hands, who got excited.  Theυ signed a contract deal with Deram label. In 1972 they recorded and released their same titled sole album, produced by Ian Gillan.

Ian Gillan wrote:
“This is the first album by Jerusalem, a band which excites me very much; they are rough, raw and doomy with their own strong identity. As they are young and a bit green, they don't follow many rules, so their material is almost crude - but still immensely powerful in content. I believe that, whenever possible, the work of writers and players in their formative stages should be recorded; before inhibition and self-consciousness set in, before fire and aggression die down, and while they are still absorbing influences and doing things which others might consider 'uncool'. Most important though, before they might develop that self-imposed rigidity which afflicts so many. I hope none of these things happen to Jerusalem, we'll have to wait and see, this album is just in case. I hope you like it as much as I do”. 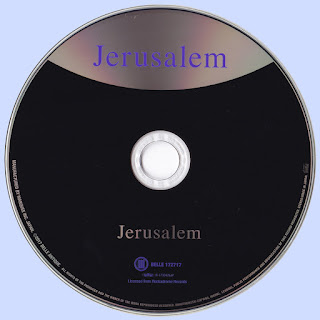 Free Text
the Free Text
Posted by Marios at 4:59 AM 1 comment: