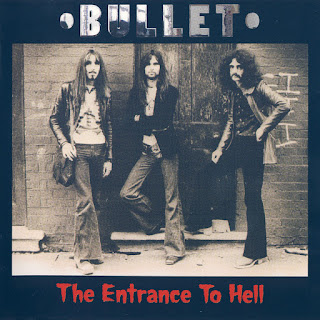 The Entrance to Hell is one of those legendary exhumations at which the Angel Air label has become so adept, delving into archives that even their owners have seemingly forgotten, and emerging with treasures whose very reputations are the stuff of mythology. The jewel this time is the debut album by Bullet, the band formed by John Du Cann and Paul Hammond immediately after departing Atomic Rooster, but whose lifespan was cut short by the emergence of another, better-known American band of the same name. Bullet U.K. changed their name to Hard Stuff, and promptly re-recorded their already complete debut album, renaming it Bulletproof, and leaving the original tracks in the vault.

Arguably, they made the correct decision -- Bulletproof, as it eventually emerged, is very much a classic of its ilk, a hard-hitting metal rocker that compensates in sheer bludgeoning power for what it lacks in finesse or musicality. The Entrance to Hell retains those same qualities but somehow seems to lack the same glue that held its successor together; not quite an album's worth of demos (although that would be a joy), it is instead a rough sketch of what was to come, an excellent collection that would soon be even better.
by Dave Thompson 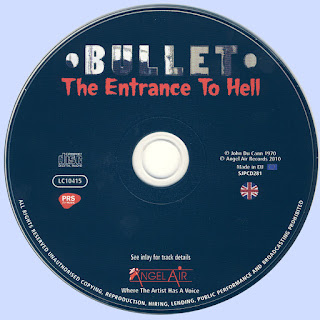