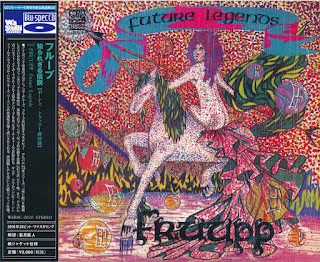 One of the hardest-working progressive bands to end up languishing in relative obscurity, Fruupp was begun in 1971 by guitarist Vince McCusker. After a brief musical apprenticeship in London, McCusker returned to Belfast and quickly pulled together a group of largely classically trained musicians; the lineup was unusual in that keyboardist Stephen Houston doubled on the oboe. (The unusual band name was taken from a Lectreset sheet.)

The band's resulting sound is not unlike Spring or early Genesis, with primary composers McCusker and Houston acting as foils for each other: Houston's cello, oboe, and violin typically lend dark folk textures beneath McCusker's aggressive guitar parts and Peter Farelly's Celtic-influenced vocals. After two years of gigging, they shopped their demo tape around and were picked up by Pye Records for their Dawn label. Between 1973 and 1975, Fruupp released four albums, the last of which was produced by King Crimson alum Ian McDonald; the band also toured in support of Crimson.

Despite playing hundreds of gigs per year throughout the U.K. and Europe during this period, their record sales never quite took off, and the band closed up shop after a final London gig at the Roundhouse in 1976.
by Paul Collins 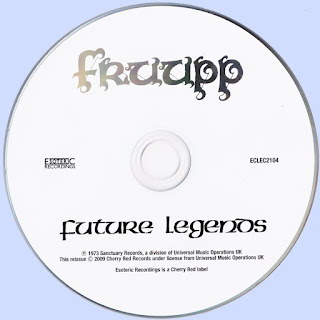