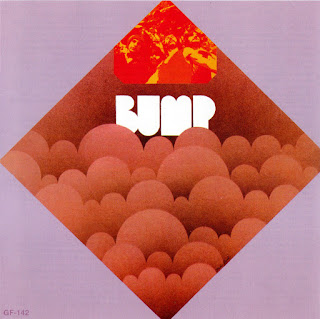 The Bump emerged in the spring of 1969 out of Detroit's psychedelic pop scene. The band's founding members, bassist/vocalist George Runyan and keyboardist Paul Lupien, held open auditions to fill the open guitar and drum positions, finally settling on Alan Goldman and Jerome Charles Greenberg, respectively, who had themselves been a team of several years going back to their high school friendship. Runyan came up with the band name after seeing a roadside sign. Lupien was the band's primary songwriter; he already had a backlog of songs coming into the band. Runyan and Greenberg were, although less prodigious, also writers, so the band instantly had original material to practice and perform. By the late summer of 1969, the Bump had sufficiently worked up their material and were signed by a local 8-track recording studio, Pioneer, which also provided the band with management, equipment, booking, rehearsal space, recording facilities, even its own label.

They recorded two singles and two LPs for the label. The first, self-titled album received favorable reviews in publications such as Billboard and Record World magazines, but was not enough promoted to chart nationally. The second album was never released. Still, the Bump made its name with a dramatic live show that included theatrical stage costumes and make-up. They also made several local television appearances, and had a local hit with their second single, "Sing Into the Wind/State of Affairs." In 1971, Runyan and Lupien dissolved the band, yet remained a writing and performing team with numerous other bands, none of which experienced any measure of success, over the next couple years.
by Stanton Swihart 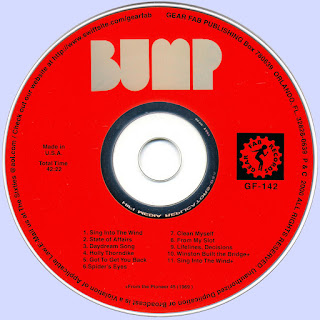