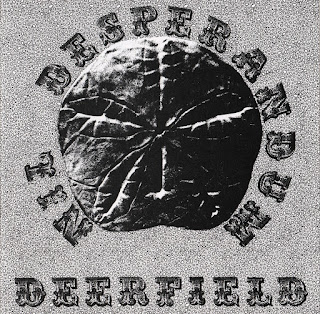 Texas had the knack in the late '60s and early '70s for birthing excellent rock bands -- whether they were psychedelic, blues-rock, pop/rock, or some oddball hybrid -- that were, first and foremost, exceedingly heavy. Loud was the rule rather than the exception, and incendiary guitar work and thundering drums the hallmark of the sound, even as each band found individual ways of utilizing the volume. On their 1971 debut, Nil Desperandum, Deerfield occasionally show the vaguest hints of heaviness -- white-lightning guitar runs, for instance -- but mostly follow a decidedly divergent path, one that emphasizes a laid-back charm and textured group harmonies. The album is a smiling, fresh-faced effort, permeated by a good-time communal vibe so full of country goodwill that it melts away any possibility for cynicism.

While Nil Desperandum is without question a rock & roll album, roots music is an important formative influence on the record -- and not just the normal, blues-based infatuation most of Deerfield's Lone Star peers favored. This is unequivocally American music, bursting at the seams with references to, and borrowed tricks from, California country-rock, folk-rock, and bluegrass. Its rootsy amalgam strongly recalls the Grateful Dead, and, indeed, there are strong strains of Workingman's Dead and American Beauty on the loping title track, the effervescent "Kitty Is a Lady," and "Me Lovin' You" that rarely sound like affectations. Sunny, CSNY/America-like harmonies pop up on occasion, and there are fingerprints of Buffalo Springfield all over the songwriting. The band also toss in the odd British touch (the offbeat, English music-hall feel of "Magapolis/Out Without") and a bit of Bob Dylan's spicy humor, as well.

Many of their contemporaries couldn't shoehorn such overt influences into a personal hybrid, but there's something singularly appealing about Deerfield's music. There are missteps along the way, to be sure: The playing can occasionally drag, while "Riverside" and "Do You Believe in Words," attempts to write epic Neil Young/Crazy Horse-style tracks, are only partly successful. But surprises such as the funky, wah-wah-laced "Better Way" and "The Great Rio Grande Border Run," with its hayseed guitar picking and farmyard languidness, easily trump any criticisms that can be leveled at this sweetheart of an album.
by Stanton Swihart 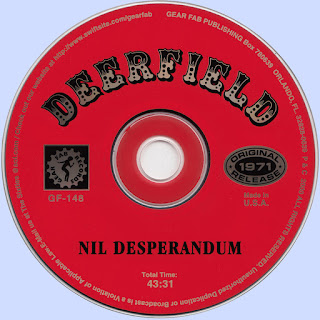 Free Text
Text Host
Posted by Marios at 10:41 AM No comments: