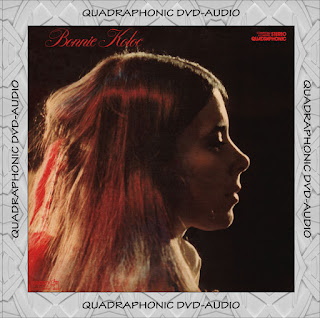 Bonnie Koloc came from a working-class background; her father worked in the local John Deere factory in Waterloo, Iowa. She had a difficult childhood, her parents divorcing when she was 12, but nevertheless became the first member of her family to go to university where she studied art and drama whilst singing to help pay the bills. Over time she became disillusioned with her studies and dropped out, moving to Chicago to pursue a musical career. She quickly established herself as a mainstay of the Chicago folk scene, playing regularly at the legendary Earl of Old Town and other folk venues. Her soft sweet voice was reminiscent of Joni Mitchell, although her music had a more jazzy-blues feel to it.
Bonnie Koloc’s debut LP ‘After All This Time’ was released in 1971, the same year as John Prine and Steve Goodman released their debuts. While her contemporaries were signed by established labels (Atlantic and Buddah respectively), Koloc’s record came out on Ovation Records, a local Chicago label. It therefore never gained the traction to launch her career to the heights that many had predicted. However, her brand of psych-folk now sounds ahead of its time. There followed three more albums on Ovation. ‘Hold on to Me’ (1972), ‘Bonnie Koloc’ (1973), and ‘You’re Gonna Love Yourself in the Morning’ (1974) that contain much of her best work. What is perhaps most striking about them is the consistent level of performance that makes it difficult to recommend any one single release ahead of the others.
The quality of the four Ovation releases won her a major label deal with Epic, which produced the equally excellent ‘Close Up’ (1976), one reviewer describing it as her “most consistent and enjoyable album”. However, whilst the album was being made Koloc lost her long time partner Curt Cole Burkhart to a heart problem. In memory of him she then made ‘Wild and Recluse’ (1978) which was partly based around the monologues of a Chicago street guy called Lucky, that her late partner had recorded. Following her well-received Epic debut with such an album was commercial suicide and Epic promptly dropped her.
It would be nine years before ‘With You on My Side’ (1987) which took Koloc back to her early folk style and marked a real return to form. Unfortunately, after this, Koloc only recorded sporadically as her attention turned to a successful career in acting, art and book illustrations. She still performs in Chicago but hasn’t released a new record since 2006’s ‘Here to Sing’. Two live collections have been released, ‘Beginnings’ (2009) features early 1970s live recordings, mainly from The Earl of Old Town shows and ‘Seems Like Yesterday’ is a complete show also from the 1970s. Both are well worth your attention.
by Clint West, May 19, 2020 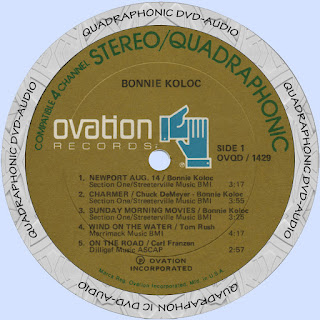