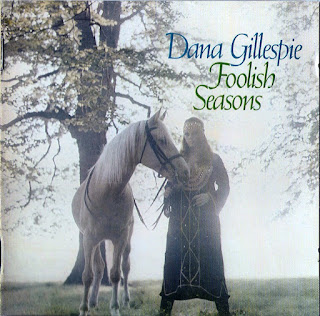 Although she would eventually become most known as a blues singer, at the outset of her recording career in the mid- to late '60s, Dana Gillespie flirted with pop/rock, folk-rock, and mildly psychedelic baroque pop. All of those styles can be heard on her obscure 1968 debut album, Foolish Seasons, which was oddly issued in the U.S. but not in the U.K., despite the heavily British-European cast to the production and arrangements. The melange of approaches makes for an indecisive direction and uneven quality in certain respects. Yet at the same time, it makes the record an undeniably interesting, at times even exhilarating, slice of eclectic late-'60s Swinging London-tinged pop.

Very roughly speaking, Gillespie echoed the material and vocals of fellow British woman pop/rock singers such as Marianne Faithfull and Dusty Springfield at points, though her voice was at once both huskier and smokier than the young Faithfull's, and gentler and more whispery than Springfield's. The styles tried on for size include the breezy psych-pop of "You Just Gotta Know My Mind," a Donovan composition that Donovan himself never recorded; the very Faithfull-esque (in the good sense) wispy folk-pop of "Tears in My Eyes" and Gillespie's own composition "Foolish Seasons"; the sunshine pop-influenced orchestral arrangements of "Life Is Short" and "London Social Degree," both penned by cult British pop/rocker Billy Nicholls; the gothic Euro-pop of "Souvenirs of Stefan," which vaguely recalls the likes of Françoise Hardy; and the downright catchy, sexy, mod pop of "No! No! No!" Further unexpected turns are taken with the almost pre-goth blues-pop death wish "Dead," and the haunting, eccentric cover of Richard Fariña's "Hard Lovin' Loser."

Sure, there are a couple of icky-sweet pop clunkers along the way (including Gillespie's sole other self-penned number on the album, "He Loves Me, He Loves Me Not"). On the whole, though, it's an extremely likable (if somewhat stylistically confused) album, with nonstop unpredictably luscious and imaginative production. The U.K. 2006 CD reissue on Rev-Ola has thorough historical liner notes, including many quotes from Gillespie herself.
by Richie Unterberger 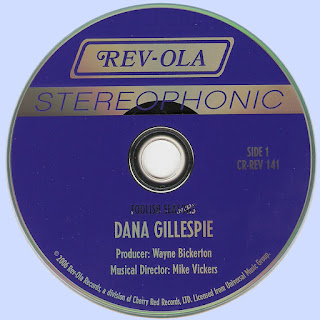 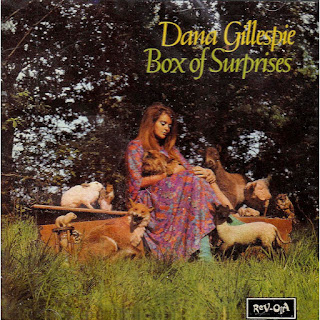 On her ’69 sophomore longplayer, Dana takes over the songwriting credits, taking full advantage of it. With Savoy Brown behind her, and Mike Vernon in the producer’s chair, one would guess that the result must’ve been as blue as blues can get, while it’s just as stylistically varied as Foolish Seasons.

With the above personnel made obvious only by the title tune, there’s also at least two tracks (Like I’m A Clown, I Was A Book) worthy of the mod-stompin’ shoulda-been-a-hit tag , already stuck firmly onto previous year’s You Just Gotta Know My Mind.

She revisits the acid folk of the debut LP’s title tune, and gets even moodier with the pair of ballads recalling The Zombies (When Darkness Fell), or The Swinging Blue Jeans’ take on You’re No Good with and additional Eastern touch to it (I Would Cry).

As a bonus, we get four sides of pre-debut singles, of which Page’s freaked-out fuzz solo in ‘65’s Thank You Boy makes the addition worthwhile on it’s own.
by Garwood Pickjon

Free Text
Just Paste
Posted by Marios at 7:02 AM 7 comments: